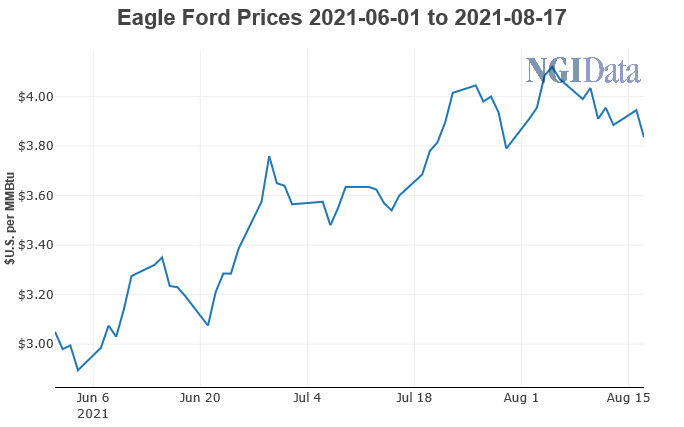 The latest deal is an estimated $33 million all-stock transaction with an undisclosed seller. SilverBow is gaining 45,000 net acres in the Eagle Ford Shale of South Texas, bolstering its gas-weighted position in McMullen and Live Oak counties, while adding new oil positions in Atascosa, Lavaca and Fayette counties.

In April, net production from the acquired acreage was around 1,580 boe/d, 39% liquids, SilverBow said.

Another deal announced earlier this month increased the Eagle Ford and Austin Chalk locations, as well as incremental working interest in producing wellbores in the La Mesa position. The deal, worth around $24 million, would add 10 MMcf/d net gas production, 850 net acres and 17 net drilling locations.

CEO Sean Woolverton during the recent second quarter conference call, said SilverBow was “capitalizing on the strength in commodity prices to increase free cash flow, further reduce debt, accelerate the de-levering of the company and expand our high-return inventory over the next 18 months.”

SilverBow reduced total debt by $2 million quarter/quarter and by $72 million year/year in the second quarter.

Wolverton sees the company pursuing other purchases “in the coming months and years” with “more opportunities out there.”

The Eagle Ford has seen increasing activity recently as the prices of oil and gas continue to be strong. Overall U.S. drilling permit activity climbed sharply in July, led by the Eagle Ford, according to Evercore ISI. Eagle Ford permitting was up by 204% compared to June, or by 188 permits.

In the second quarter, SilverBow production of 213 MMcfe/d was “at the high end of guidance,” management said.

SilverBow drilled 10 wells, completed one well and brought one well online during the second quarter. Drilling and completion spending during the quarter was primarily related to drilling activity in the liquids-rich La Salle condensate area. First production from the nine La Salle condensate wells is expected in the third quarter of 2021.