After a two-year pause to round up new supplies, British Columbia (BC) distribution firm FortisBC resumed as of Friday (Oct. 15) a renewable natural gas (RNG) marketing program that turned out to be a success since starting small in 2011. 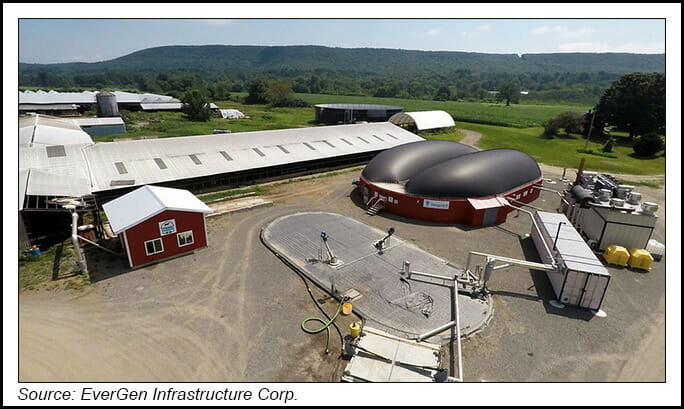 The organic gas program, a North American first when it began, fuels a mini-boom for projects that extract methane from municipal and agricultural waste. FortisBC said it has secured 15 new contracts with 11 biogas producers, including three outside BC.

The latest new FortisBC RNG supplier, EverGen Infrastructure Corp., said today its new contract would enable construction of a plant capable of selling 173,000 gigajoules (164 MMcf)/y to the distributor as of early 2023.

Beyond BC’s eastern border the new supplier lineup includes Lethbridge Biogas LP, which has expanded a southern Alberta green fuel plant to provide FortisBC with up to 350,000 GJ (332 MMcf)/y.

FortisBC suspended recruiting new biogas customers in late 2019 after about 10,000 signed up for the program, taking all the RNG the firm had at the time. The marketing revival follows new supply contract approvals by the BC Utilities Commission.

Demand has stayed strong. A waiting list of more than 350 new RNG customers was lined up as the green fuel sales program resumed, reported FortisBC.

Environmental fuel marketing earns credits against greenhouse gas emissions in BC under a provincial government program called CleanBC. FortisBC’s 2030 sales target, to have its deliveries 15% RNG, would serve an emissions reductions goal of 30%. The firm aims to hit a 10% RNG supply target as of 2025.