BP plc and Shell plc have agreed to restructure ownership in Trinidad and Tobago’s Atlantic LNG partnership, allowing the country’s state-owned firm to increase its stake while the majors focus on further upstream investments. 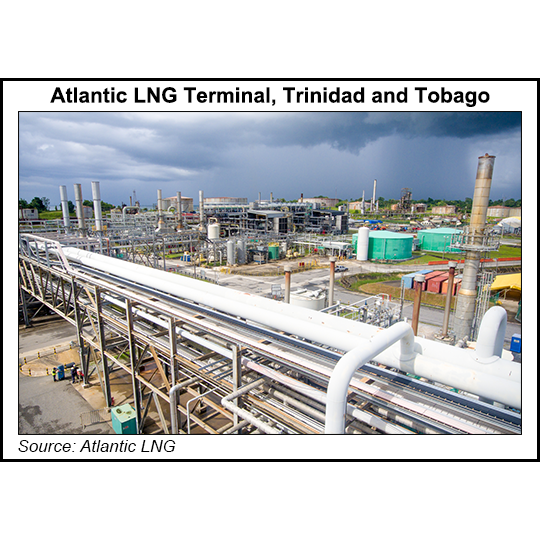 Under the agreement, the partnership amongst the four-train liquefaction facility would be restructured to allow the state-controlled National Gas Company of Trinidad and Tobago (NGC) to obtain a larger stake in Atlantic liquefied natural gas’ currently operating trains. Declining natural gas production from Trinidad and Tobago has limited the facility’s 15 million metric tons/year capacity output, with one of its trains remaining idle since 2020.

“The new construct will also facilitate a market-reflective pricing mechanism that provides fair value from the sale of LNG for both the country and the shareholders,” representatives for BP said in a statement.

The companies and the government of Trinidad and Tobago disclosed the agreement after more than four years of negotiations and a tentative deal that was signed in January. The complete commercial terms of the restructuring will be finalized and made effective in October 2024, according to the firms.

Representatives with Shell told NGI the agreement is part of the company’s goal to ensure its relationship with Trinidad and Tobago is mutually beneficial as it explores further investments in the region.

“As we near completion on the agreements for restructuring of Atlantic, we will continue to work with the government and Atlantic shareholders to ensure that both the shareholders and Trinidad and Tobago will derive significant benefit from the new commercial structure and enable future upstream developments,” a Shell spokesperson told NGI.

NGC President Mark Loquan said the agreement could also free up resources for further development of offshore resources like the Manatee project and other “deepwater acreage that will hopefully bring more gas into the system.” NGC and Shell signed a tentative agreement to explore front-end engineering for developing parts of the estimated 2.7 Tcf gas reserves in the Manatee field.

Since the beginning of the year, Shell and BP have both achieved first gas from new developments offshore Trinidad and Tobago, including BP’s first offshore project in the region using a compression platform.

The dual-island nation is a substantial global supplier of LNG and delivers several cargoes a year to New England, especially during periods of high winter demand. The government and corporate partners have been exploring ways to boost natural gas flows, including possibly re-exporting gas from Venezuela through Atlantic LNG.

As Trinidad and Tobago attempts to revitalize and diversify its natural gas resources, Loquan said the country’s further exposure and interaction with global LNG markets will be a major driver for its growth.

“In Trinidad and Tobago, a large fraction of the value that we generate from our gas derives from the LNG business,” Loquan said. “It stands to reason that the strength of our economy is tied to the health of that industry.”