BP plc could appeal to the U.S. Supreme Court after a federal appeals court on Monday rejected a bid in an 8-5 decision that would have allowed the oil major to prevent compensation payments to businesses that had not proved they were harmed directly by the Macondo well blowout. 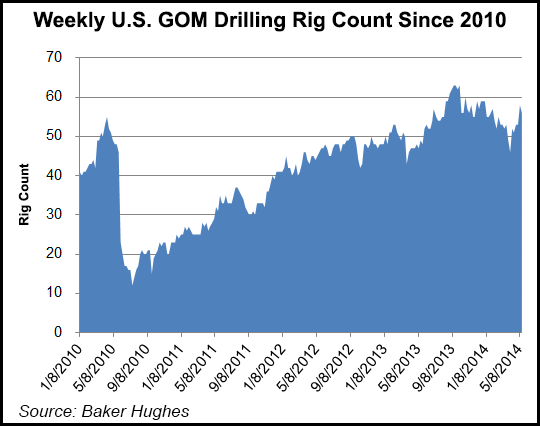 The decision issued Monday by the U.S. Court of Appeals for the Fifth Circuit in New Orleans gives the oil major two options. BP may pay all of the claims, which would require possibly billions more in settlement costs, or it could appeal to the high court. Claims to apparent victims have been in a holding pattern since a ruling in December by a smaller Fifth Circuit panel, which favored BP (see Daily GPI, Dec. 3, 2013).

The latest decision was handled by a 13-member en banc circuit, with five circuit court judges voting for a rehearing and eight opposed. A 14th judge said he would have joined the dissent if he had been able to vote as an active member. Another judge did not participate.

BP’s lawyers have contended that U.S. District Judge Carl Barbier of the Eastern District of Louisiana, who is overseeing the multidistrict litigation, ignored a mandate to review the claims after a Fifth Circuit panel ordered a review (see Daily GPI, Oct. 4, 2013). BP contends that the claims criteria has been misinterpreted by administrator Patrick Juneau and is substantially higher than the company’s projected costs.

Writing for the majority, Fifth Circuit Judge Leslie Southwick said the criteria for business claims had been agreed to by BP, and it provided criteria for business claims under several combinations. The agreement “is not fundamentally flawed.” BP had agreed that the claimants would not have to prove losses were caused by the spill if their losses matched mathematical formulas.

However, Judge Edith Brown Clement, who previously has supported BP’s position, said interpreting the claims would permit payments “without regard to whether such losses resulted or may have resulted from a cause other than the Deepwater Horizon oil spill,” which violates the fundamental requirement that “there must be a causal connection between the injury and the conduct complained of.” Permitting the claims administrator to pay claims without regard to whether an injury was caused by the oil spill “creates the principal defect in this case.”

The settlement class “may include individuals or entities who could never truthfully allege or establish an injury,” Clement wrote. The Supreme Court has identified three stages of litigation during which the standing elements have to be supported: pleading, summary judgment and trial. The appeals courts “have now adopted conflicting approaches to this important manner,” Clement said.

In response to the ruling, BP said it was considering its options. Through the end of March, the claims administrator had paid $3.85 billion to resolve more than 64,800 damage claims and offered $1.1 billion to settle another 7,200-plus claims. Still under review are nearly 85,000 claims.