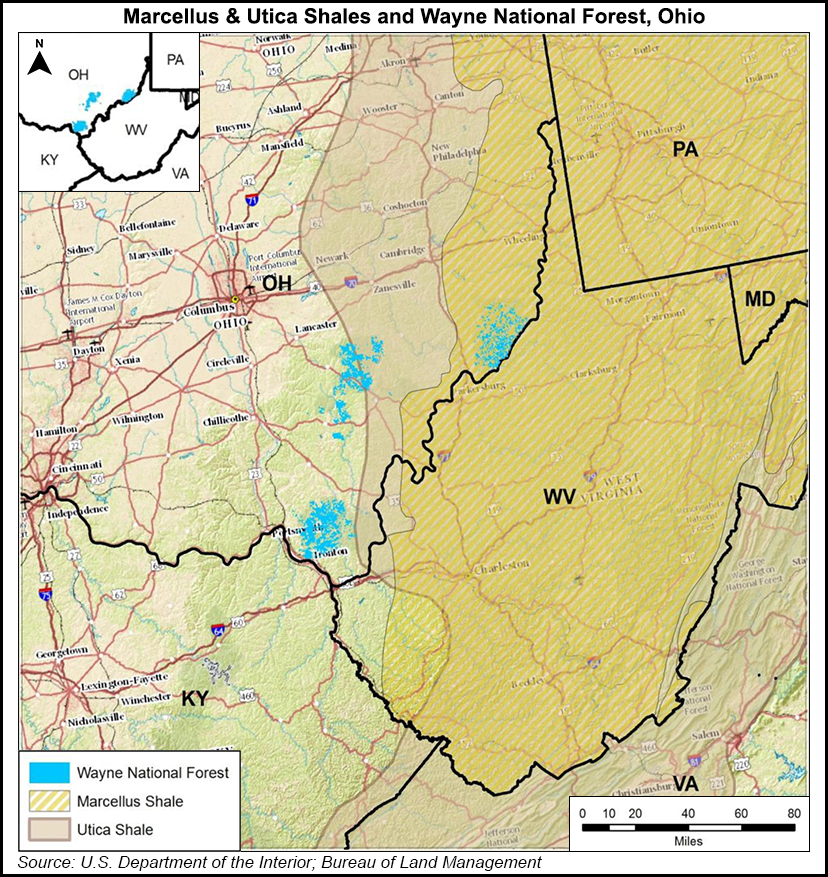 The agency received bids for 30 of the 31 available parcels totaling more than 3,000 acres. The highest bid of more than $300,000 was made by Pittsburgh-based land services company BOP Acquisition LLC for a 119-acre parcel in the Wayne National Forest (WNF) of Ohio. BOP paid $2,509/acre.

BOP and an affiliate of Montage Resources Corp. took nearly all the land available for lease in the WNF in Monroe County. Their bids in the heart of Ohio’s Utica Shale development accounted for the bulk of revenue collected in the sale.

Montage, which focuses primarily on southeast Ohio, won bids for about 117 acres in the forest, while BOP, which has land across the Appalachian Basin, won leases for 497 acres there. R&R Royalty Ltd. was the only other successful bidder for acreage in Ohio during the auction, which took place Sept. 12. The company secured a 42-acre parcel in the forest.

R&R, along with Par Mineral Corp., bid successfully for the majority of acreage in the other states, most of which fetched a few dollars per acre. BLM said the parcel in Smith County, MS, that did not receive a bid will be available for a non-competitive lease over the next two years.

BLM said in 2015 it was considering leasing land in the WNF’s Marietta Unit, which spans 40,000 acres in Ohio’s Monroe, Washington and Noble counties, which were nominated by the industry for unconventional development. The Eastern States Office began auctioning parcels about three years ago and land in the forest has generated more than $7 million since.

The federal government receives a royalty of 12.5% of the value of production from the onshore leases sold across the country. Each state government receives a 25% minimum share of the bonus bid and the royalty revenue from leases issued within its borders. The leases are awarded for terms of 10 years and as long as there is production after that.