The Bureau of Ocean Energy Management (BOEM) Tuesday said it plans to hold an oil and natural gas lease sale in March for portions of the eastern Gulf of Mexico (GOM), the first sale to be held in the offshore area in five years. 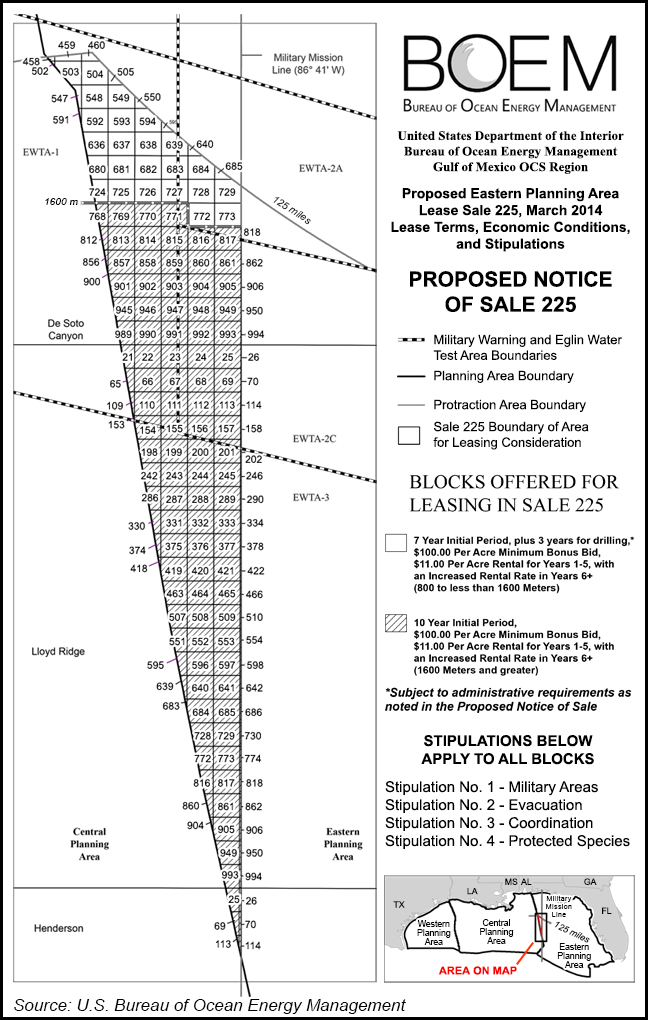 BOEM estimated that Lease Sale 225 could result in the production of 710 million bbl of oil and 162 Bcf of natural gas.

The proposed sale includes 134 whole or partial unleased blocks covering about 465,200 acres in the eastern planning area, which is south of eastern Alabama and western Florida. Drilling off the Florida coast still is banned.

The remaining 41 blocks, located just south of that area, are not subject to revenue sharing, BOEM noted.

In December 2006, President Bush signed into law legislation that opened part of the eastern GOM to leasing and development for the first time in years (see Daily GPI, Dec. 27, 2006). It gives four coastal states a share of the federal royalties to be used in restoring their receding coastal areas. It’s been estimated that the four Gulf Coast states — Texas, Louisiana, Mississippi and Alabama — will receive a total of $170 billion in revenues from drilling in the eastern GOM region over a 60-year period.