The federal Bureau of Land Management (BLM) office in Rawlins, WY, announced that it will hold a public open house next Tuesday and extend the public comment period into March on a draft environmental assessment for the proposed expansion of natural gas drilling in two counties. 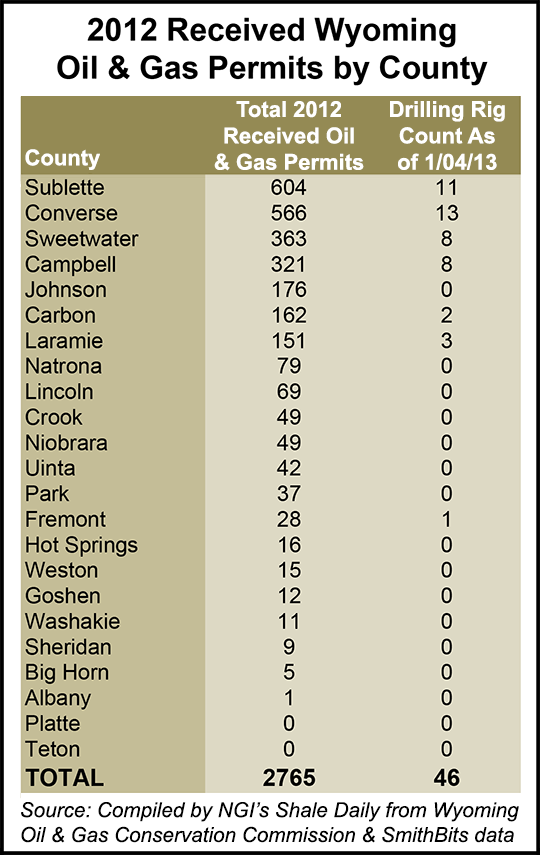 BLM added 45 days for comments on the draft environmental impact statement (DEIS) regarding the Continental Divide-Creston gas drilling project between Rawlins and Rock Springs, WY. It would be a large addition to existing drilling in the Red Desert region of the state.

The area in question includes two of Wyoming’s five most active counties — Carbon and Sweetwater — for oil/gas drilling. More than 20 exploration and production operators are part of the proposed additional drilling, led by BP American Production, according to BLM.

If approved, the 15-year expansion program could add up to 8,950 new wells on more than 6,100 well pads in a 1.1 million-acre area, stretching from 25 miles west of Rawlins to within 50 miles east of Rock Springs, said BLM, noting that the majority of the land is federally owned.

According to BLM estimates the additional wells could produce up to 12.02 Tcf during a projected 30- to 40-year lifespan.

The open house will include a presentation by BLM on the proposed drilling plans and the DEIS, and they those attending will be allowed to view maps and ask questions of BLM specialists involved in reviewing the proposed project.

Landowner and conservation groups have not marshaled opposition to the proposed drilling expansion, and the head of the Wyoming Outdoor Council told local news media his group accepted the idea for additional energy development. The council is concerned about ensuring that all the wells are drilled horizontally and additional wildlife protections be added to the DEIS.