After nine years of consideration, the Interior Department’s (DOI) Bureau of Land Management (BLM) released a final rule Tuesday, amending federal regulations to ensure that adequate royalties and environmental protections are in place for any future oil shale development on public land. 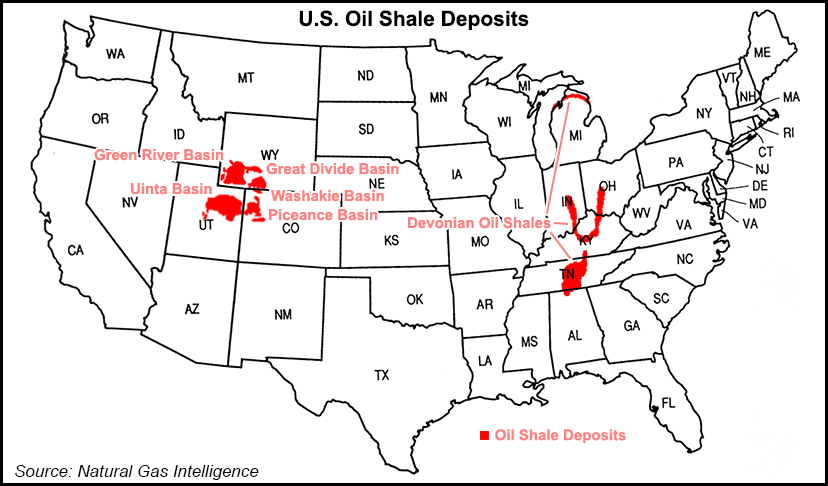 Oil shale is not the same as shale oil. Oil shale comes from kerogen-rich rocks closer to the surface than shale oil formations. The rocks have to be heated to extremely high temperatures to convert the kerogen into oil. The economics and environmental concerns of oil shale are considerably different from those of shale oil.

Current law requires commercial operators pay royalties of 5% in the first year of production, increasing 1% per year until reaching a maximum of 12.5% in the thirteenth year. Under the final rule, the DOI secretary will have the authority to set royalty rates on a lease-by-lease basis, taking into consideration a variety of factors, including “geology, technology, costs, and market prices for oil and gas, aligning royalties with the latest market conditions,” BLM said Tuesday.

In its rule, BLM added that “until there is a domestic commercial oil shale industry, we can only speculate about what the royalty rates those factors would support. There are foreseeable circumstances in which a royalty of 5% could be appropriate, and others in which that rate would be too low.”

But after environmental groups sued, then DOI Secretary Ken Salazar, as part of a settlement, agreed in February 2011 to revisit the leases and publish proposed amendments to its regulations. Salazar unveiled the amendments a new plan for RD&D leases on more than 800,000 acres in Colorado, Utah and Wyoming in March 2013.

Under the new rule, BLM may deny conversion of a RD&D lease to a commercial one, and may deny a proposed plan of development (POD) if the plan is perceived to have a negative effect on the environment or natural resources. Additional amendments provide more detail about the environmental information and planning required in a POD.

“The new requirements are a watershed protection plan for surface and groundwater resources; an airshed review of reasonably available scientific data or modeling to predict probably air quality effects of operations’ an integrated waste management plan; and an environmental protection plan that includes minimization of adverse effects on air, water, wildlife, native plants and productivity of soils, as well as monitoring, adaptive management and mitigation of adverse effects,” BLM said.

The rule will become effective 30 days after publication in the Federal Register.