BKV Inc., the biggest natural gas producer in the Barnett Shale, is partnering with EnLink Midstream LLC to develop what could be one of the first commercial carbon capture and sequestration (CCS) projects to come online in the United States. 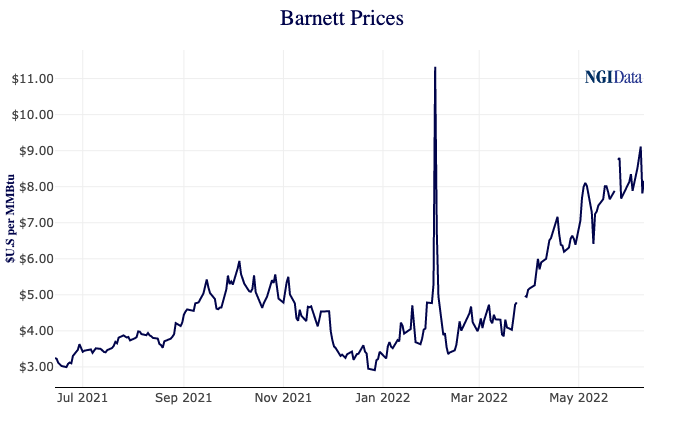 The project envisioned could begin in 2023 after the partners clinched a final investment decision (FID) for the first phase. The Denver-based producer and Dallas-based EnLink said the project in North Texas could begin operating in 2023.

“It is critical that companies in the industry work together to bring actionable change and move large-scale carbon reduction projects forward,” said BKV CEO Chris Kalnin. “This partnership brings us one step closer to the safe and profitable production of net-zero green natural gas.”

Under the agreement, BKV would continue to produce natural gas containing carbon dioxide (CO2) from its Barnett operations. EnLink would transport the natural gas via its modified pipeline and facility infrastructure to its gas processing plant in Bridgeport, TX.

At the Bridgeport plant, the CO2 waste stream would be captured, compressed and permanently sequestered via a BKV injection well.

“EnLink values our partnership with BKV, and we are eager to build upon it through this sustainable CCS project,” CEO Barry E. Davis said. “The project will capture and store a significant amount of carbon dioxide emissions per year, which moves EnLink a step closer to achieving our goal of a 30% reduction in CO2-equivalent emissions intensity by 2030 over EnLink’s 2020 Scope 1 emissions intensity.”

BKV also holds 50,000 gross acres across the Marcellus Shale, with around 150,000 Mcf/d gross production. The company also has launched a program to certify its natural gas production in the Lower 48.

“CCS is such an important component of driving climate solutions, and I’m really excited to have a project at the Phase I FID point,” dCarbon Ventures Vice President Lauren Read said. “We plan to be injecting carbon dioxide by the end of 2023, at which point it is expected to be one of the first permanent commercial sequestration projects to come online in the United States.” Read said the initiative is forecast to offset BKV’s current emissions by about 10%, bringing the company closer to its goal of reaching net-zero emissions by 2025.

“We are doing this the BKV way, which means taking action to address our own emissions rather than achieving our goal through the purchase of offsets alone,” Read said. “Carbon sequestration is a fundamental element in our sustainability plans, and we expect dCarbon Ventures to be an area of significant growth for BKV.”

Kalnin said the investment “reinforces our commitment to leading the way in the production of net-zero green natural gas. We look forward to being a pioneer in CCS and working with EnLink, and other like-minded companies, who are ready to address climate change head-on.”