Big Sky Petroleum Corp. has acquired a 90% working interest in an initial lease block of more than 2,300 net operated acres on the eastern shelf of the southern Midland Basin in West Texas. The deal gives the Vancouver, BC-based company entry into the Wolfcamp/Wolfberry play. 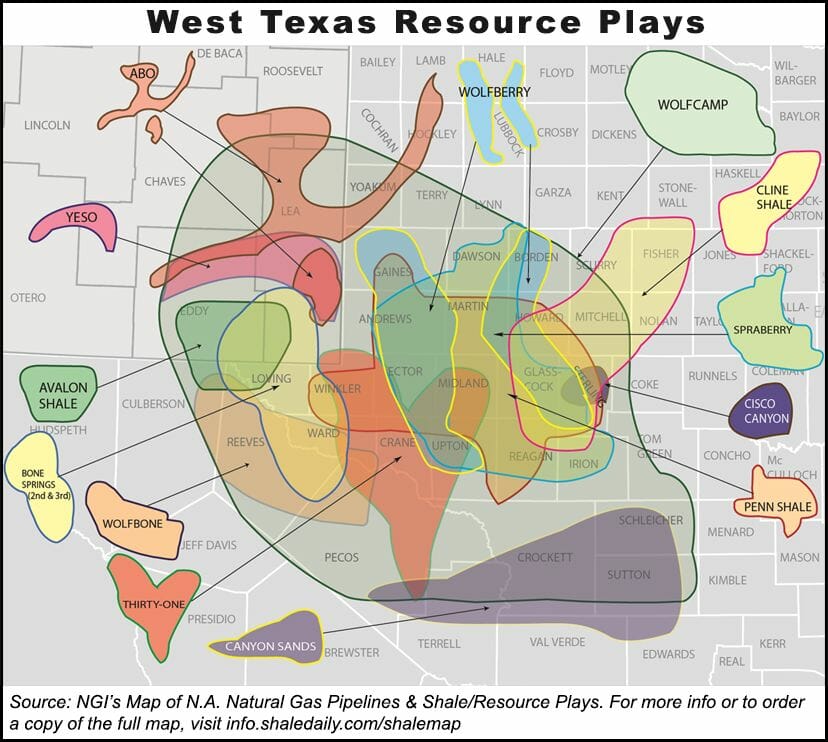 The Wolfcamp area is a blanket formation across the Permian Basin of western Texas and acts as a source rock for much of the conventional oil production in the area. Initial production (IP) rates have averaged 580 boe/d since the inception of the play but have increased as completion techniques have improved and longer laterals have been drilled, Big Sky said. IP rates to date are averaging nearly 700 boe/d with estimated ultimate recoveries (EUR) of 450,000-500,000 boe.

Big Sky is the operator for the project. The wellbore design and drilling prognosis have been completed and permitting for the initial Wolfberry well is under way, Big Sky said. Plans are to spud the first well during the first quarter.

“It’s the ideal package when it comes to frackability and productivity,” said Big Sky President Sam Nastat. “Deeper drilling to depths beyond previously producing intervals and multi-stage hydraulic fracturing in both horizontal and vertical wells are important elements in the successful drilling in the area. Given the high success rate of Wolfcamp/Wolfberry exploration in the Southern Midland Basin, management is confident that Big Sky’s positioning within this exciting play will enable Big Sky to establish itself as one of the early key players in the expansion of this play.”

In Montana Big Sky’s projects are in Glacier and Toole counties. Here the company is analyzing results of exploration work done in the past year. “…Big Sky continues to be confident that the interests that it continues to hold have potential for oil production,” the company said. “In addition, other operators in the area have recently permitted five horizontal Bakken wells all within 1.5-6 miles of Big Sky’s leasehold. If these wells are successful, certain data swap agreements currently in place with the other operators could be beneficial to Big Sky’s development plans for this area.”