Production from the nation’s seven most prolific shale and tight oil plays will slow coming out of the winter months, with natural gas production expected to increase less than 0.5% between March and April, and oil production remaining almost unchanged, according to the Energy Information Administration (EIA). 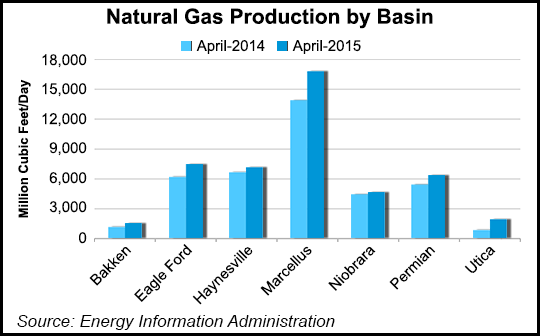 Total natural gas production from the seven plays analyzed in the DPR is projected to reach 46.15 Bcf/d, compared with 45.93 Bcf/d this month, EIA said

That would leave total oil production from the big seven plays in April at 5.61 million b/d in April, virtually unchanged from March.