Liquefied natural gas (LNG) exports could generate prosperity and waves of investment, employment and revenue for British Columbia (BC), but only with government help, according to a report commissioned by the fledgling Canadian industry. 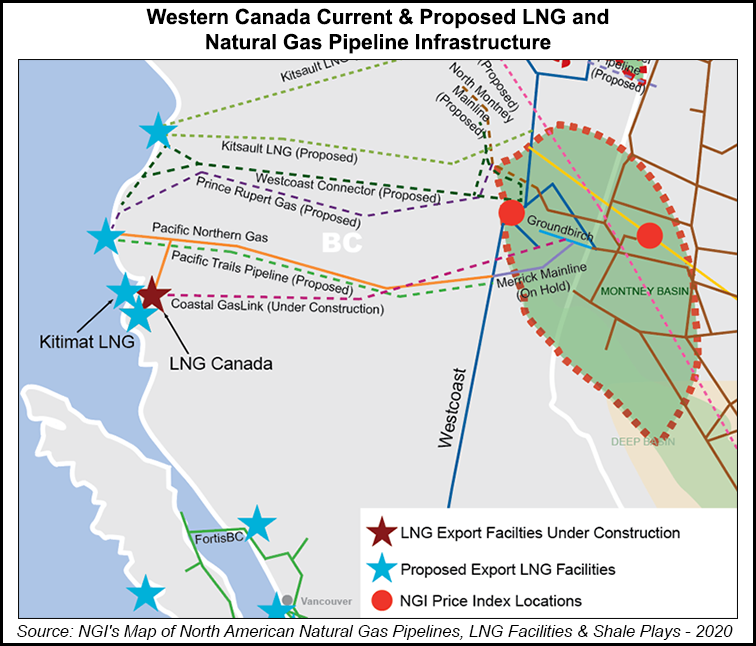 Potential for astronomical gains is sketched in A Rising Tide: The Economic Impact of BC’s Liquefied Natural Gas Industry, crafted for the Canadian LNG Alliance by the Conference Board of Canada (CBC).

The report, described as an opportunity “scenario” rather than a prediction, added a warning that gas suppliers and marketers alone were unable to make the growth vision come true.

“The tax and fiscal environment, regulatory approval timelines, and policy support can all be improved,” said the 17-page briefing on the potential for Pacific coast gas exports from northern BC and Alberta gas deposits.

“When comparing the LNG investment landscape in BC to that of key competing regions — for example, the U.S. Gulf of Mexico states — some of these challenges become highlighted,” researchers said.

The federal government gave a C$275 million ($206 million) grant for a bridge and gas turbines at the Kitimat export terminal site, plus a tariff cut for imports of Asian-made hardware estimated to cut construction costs by C$1 billion ($750 million).

The BC government, enacting an agreement with the LNG Canada sponsors, kicked in provincial corporate income and sales tax concessions forecast to be worth up to C$6 billion ($4.5 billion) over the lifetime of the C$40 billion ($30 billion) project.

BC’s lone LNG export project to reach the construction stage only taps half the potential made available by northern resources with its plan for exporting 28 million metric tons/year (mmty) or 7.64 Bcf/d, according to the report.

The LNG trade association and the CBC estimated the Montney Shale, straddling northern BC and Alberta, could sustain annual LNG exports of 56 mmty by 2034.

Researchers portrayed northern Pacific coast LNG exports as a path out of the economic contraction caused by emergency public health responses to the coronavirus pandemic.

“Post-pandemic, the Canadian economy will need stimulus,” the report said. “An LNG industry brings long-term investment and production that can contribute to the country’s economic recovery.”