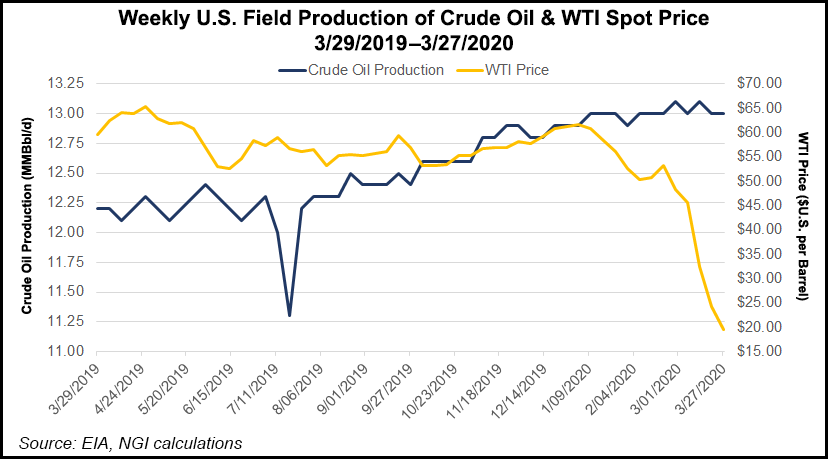 [NGI has been and will continue to cover the effects that COVID-19 is having on natural gas markets and have grouped that coverage here for your ease of use. All NGI article content regarding the coronavirus will be free until further notice.]

“Looking purely at well-level economics, up to 1.0 million b/d of U.S. supply is at risk of shut-ins — but that is only one part of the picture,” Freeman and Molchanov said. “Global storage levels are currently near 60% capacity, and the closer they get to 80% (the theoretical maximum operating capacity), the more challenging moving and storing oil becomes…

“Assuming that roughly 20% of global oil demand is offline during the second quarter because of Covid-19, that equates to global inventory builds of 20 million b/d-plus, implying that the 80% mark would be reached before the end of June.”