Adoption of Western Canada’s formula for regulating unconventional natural gas activity has opened a vast Australian target zone to industry, with an incorporated British Columbia (BC) company at the head of the line to develop production. 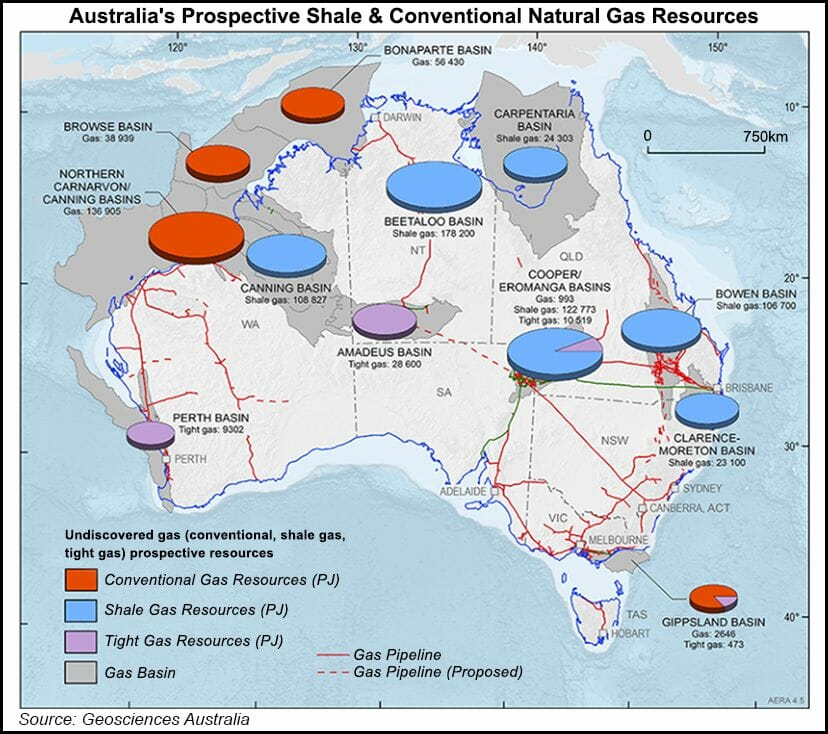 Australia’s Northern Territory (NT) on Tuesday lifted a 17-month-old hydraulic fracturing (fracking) moratorium for about half (51%) of its 520,764 square miles, giving natural gas drillers a fresh hunting ground as big as 261,232-square-mile Texas.

Falcon said a nine-well drilling program by its partnership with Origen will resume “as soon as practical,” incorporating recommendations by the NT fracking inquiry every step of the way.

Although the moratorium was lifted, NT is requiring operators to conduct and submit for approval strategic regional environmental and baseline assessments, which could take about three years to complete.

As an international resource prospector firm incorporated in BC with Alberta industry veterans on its board of directors, Falcon has no production but holds extensive drilling rights in Australia, South Africa and Hungary.

In the NT the rights under exploration with Origen cover 4.6 million acres of shale prospects in a region known as the Beetaloo Basin. The companies reported encouraging results from initial drilling before the moratorium. Early estimates by Australian earth science agencies rate the territory’s gas potential at 244 Tcf, led by 169 Tcf in the Beetaloo.