BCE-Mach LLC, formed earlier this year with the ousted founder of SandRidge Energy Inc., Tom L. Ward, on Monday said it would buy a bundle of properties in the Mississippian Lime that are primarily operated by Ward’s former company. 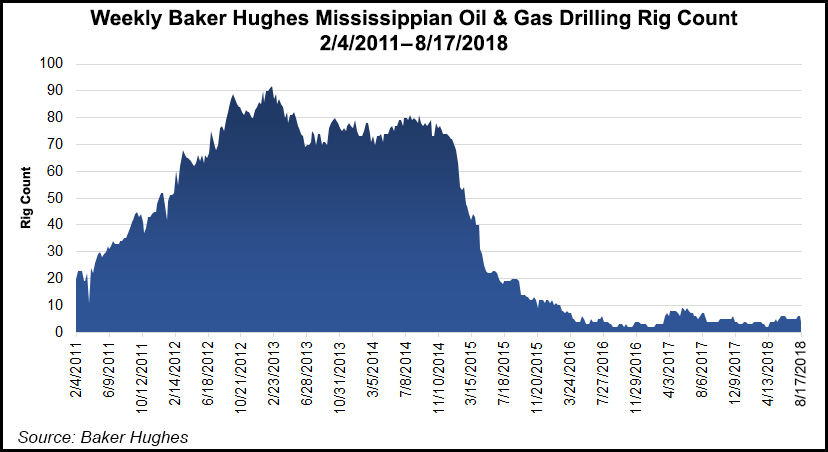 BCE-Mach, a partnership between Ward’s Mach Resources LLC and Bayou City Energy Management LLC formed last spring, agreed to buy the array of producing assets in Kansas and Oklahoma from Repsol E&P USA Inc., which are primarily stakes in wells operated by SandRidge.

BC-Mach in April bought Chesapeake Energy Corp. to buy its Mississippian Lime portfolio. Ward should know the properties well; he co-founded Chesapeake with Aubrey McClendon and went on to form SandRidge in 2006.

“BCE-Mach’s focus has been on properties within the Mississippi Lime, and these assets are complementary to our current operated position,” Ward said. “We are excited to expand our asset base as the most active company in the play.

“Alongside our partners at Bayou City Energy, we are excited about the opportunity to continue to expand our position both through drilling our current inventory and strategic acquisitions of producing properties.”

The producing assets are in the Oklahoma counties of Alfalfa, Garfield, Grant, Kay, Major, Harper, Noble, Pawnee, Payne, Woods and Woodward and in the Kansas counties of Barber, Comanche, Finney, Ford, Gove, Gray, Harper, Hodgeman, Ness, Reno, Scott, Sumner and Wichita. The transaction is scheduled to be completed in October.

Private equity firm BCE, led by Will McMullen and Mark Stoner, was founded in 2015.

“This acquisition is an excellent fit for the strategy set out for BCE-Mach,” McMullen said.

Although no financial or asset deals were disclosed, SandRidge in 2011 secured a $1 billion joint venture (JV) with Spain’s Repsol, its first in the U.S. onshore, centered around 363,636 net acres in the Mississippian Lime in western Kansas. Under the multi-year JV, Repsol acquired a 25% nonoperated working interest, or 250,000 net acres. Repsol also acquired a 16% nonoperated stake, or 113,636 net acres, in the play.

After he was forced out of SandRidge in 2013, Ward that year founded Tapstone Energy LLC. He formed Mach in early 2017. All of Ward’s exploration endeavors have been based in Oklahoma City.