Texas oil and gas investor Ed Bass and more than a dozen other Barnett Shale mineral rights owners settled a lawsuit against Chesapeake Operating Inc. for alleged underpayment of oil and gas royalties. Terms are confidential. 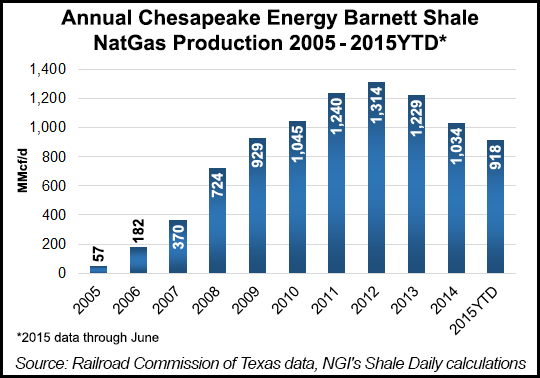 “We believe the evidence was compelling on behalf of the property owners,” said Dallas attorney Daniel Charest of Burns Charest LLP, who represented the landowners.

Bass and the other property owners hold mineral rights to almost 4,000 acres in southern Tarrant County and northern Johnson County, where Chesapeake has handled production activities on some of the properties since 2007.

Originally filed in 2013, the lawsuit alleged that Oklahoma City-based Chesapeake violated lease agreements by selling natural gas production from one corporate subsidiary to another, which depressed the resulting price and the amount owed to each landowner (see Shale Daily, March 22, 2013).

The lawsuit also claimed that Chesapeake took improper deductions from royalty payments in order to cover expenses for drilling, production and post-production activities. Some of the leases permitted Chesapeake to pass on production costs in certain circumstances, but court documents showed that those contractual terms were not met.

Last month, Judge Ed Kinkeade of the U.S. District Court for the Northern District of Texas in Dallas found in favor of the mineral rights owners in a summary judgment ruling that both parties now have asked the court to withdraw in light of the settlement. According to court documents, Chesapeake could have faced damages of at least $8.6 million, in addition to additional damages, had the case gone to trial.

Earlier this month, a group of U.S. oil and gas producers asked the Texas Supreme Court to reconsider a 5-4 decision against Chesapeake Energy Corp. in another natural gas royalties lawsuit concerning leases in the Barnett (see Shale Daily, Sept. 4).