Integrated producers will report higher earnings sequentially compared with the first three months of 2009, but lower U.S. natural gas prices will weigh down the strong profit reports of a year ago, a Barclays Capital analyst said Tuesday.

“While we think the 1Q2009 has marked the low point of the sector’s current earnings down cycle, 2Q2009 result appears to remain disappointing compared to their consensus expectations,” Barclays analyst Paul Y. Cheng wrote in an earnings preview note to clients. “Despite the sharp run-up in oil prices since early May, we believe results will be adversely impacted by a weaker worldwide natural gas market as well as a continuing weak refining and marketing margin environment.”

“The rating actions primarily reflect our expectations that industry conditions, particularly natural gas, will remain weak for the rest of the year and possibly well into 2010, continuing to constrain an already weak financial performance,” said S&P credit analyst Thomas Watters.

Meanwhile, ConocoPhillips expects to report higher output in 2Q2009 because of the start-up of some global projects. However, lower gas prices and refining margins likely will impact quarterly results, the Houston-based producer said in an interim update. Oil and gas output is expected to reach 1.86 MMboe/d in 2Q2009, compared with 1.75 MMboe/d in 2Q2008. Production will be down sequentially from 1Q2009’s 1.93 MMboe/d average because of maintenance outages, the company said.

Exploration expenses are expected to be about $225 million before taxes, the company said. ConocoPhillips is scheduled to report earnings July 29. 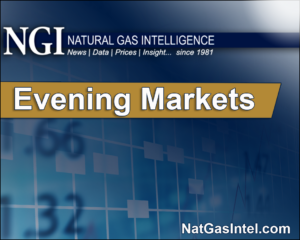