Sparsely populated but energy rich, North Dakota is primed to enhance its global reputation as a leading producer of oil and natural gas from the robust production continuing in the Bakken Shale, according to Gov. Doug Burgum. 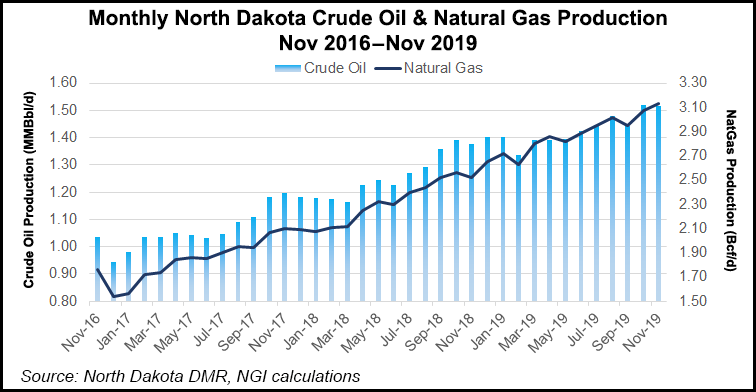 Burgum emphasized North Dakota’s “strong economic engines” in oil and gas and agriculture, and said the “ability for the state to do things is really riding on the back of the health” of oil and gas.

“The oil and gas industry alone has generated $18 billion — with a B — $18 billion in tax revenues that have come into the state of North Dakota, more than any other industry by a huge, significant margin,” Burgum said in his recent state-of-the-state speech.

“We have an opportunity through innovation, rather than through regulation, to outlaw carbon; we have the chance to innovate and take carbon from the devil element on the chemistry chart to have it be the thing that is a value-added input, that helps us lower the cost of construction materials to help us build new road materials, to build better insulation for houses, to help plants grow faster by injecting carbon into greenhouses,” said Burgum.

“We have a chance through innovation and regulation to completely transform the entire debate which is consuming the world about energy. And we have an opportunity to do it right here.”

Burgum acknowledged two recent oil spills in North Dakota through pipeline-related troubles, saying it’s a problem for his state to deal with, and that “we should set a goal and we should set an expectation of zero spills.”

He cited an ongoing effort between the state’s Energy and Environmental Research Center (EERC) and the oil and gas industry.

“And that’s a reasonable thing to do in these days with technology. And so we put out a challenge to the private industry right here at the EERC called Intelligent Pipeline Integrity Program.”

Burgum predicted that IPipe at the University of North Dakota have “some amazing solutions coming.”

North Dakota ranks second in the nation in crude production, sixth in ethanol, seventh in wind, eighth in coal and 10th in natural gas, Burgum said.

“There’s a billion people on the planet that do not have electricity. They cook for their families every day over wood fires. They walk to get water. I mean, the world needs energy and we need to come up with solutions to provide that energy of the world to help raise the quality of life for everybody.”

Burgum said that North Dakota is riding recently set all-time daily records for the production of oil (more than 1.5 million b/d) and gas (more than 3 Bcf/d).