The well count and rig count in the U.S. onshore both increased slightly during the second quarter of 2014. The former was boosted by strong gains in the Permian Basin, Marcellus Shale and Granite Wash formation, while the latter reflected a slight improvement in drilling efficiencies, Baker Hughes Inc. (BHI) said Friday. 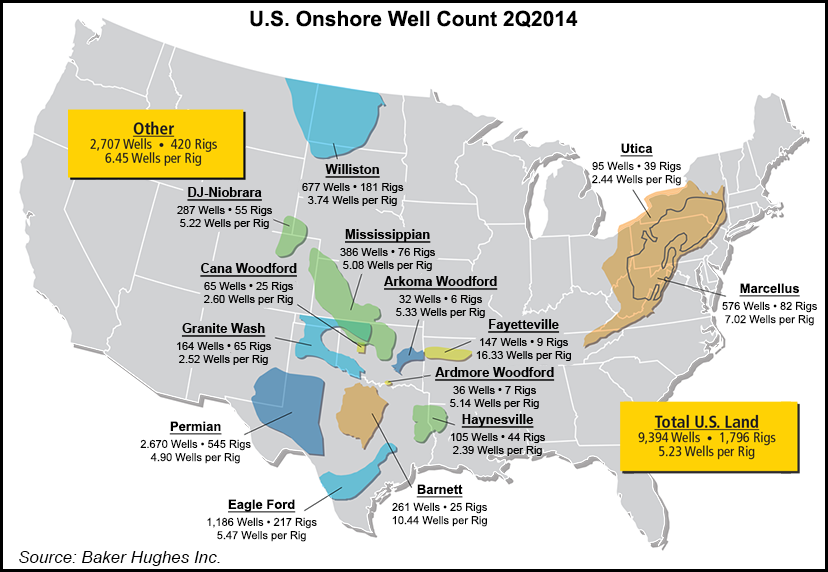 Between the first and second quarters of 2014, the well count increased the most in the Permian, Marcellus and Granite Wash, climbing 11%, 16% and 23%, with 265, 78 and 31 additional wells, respectively. Gains in those three plays helped offset losses in the Barnett and Cana-Woodford shales, where well counts fell by 18% (57 wells) and 26% (23), respectively.