Oil and natural gas companies are continuing to trim their capital spending plans for 2020 because of the lack of demand exacerbated by the Covid-19 pandemic, but on a related note, there was some good news as Murphy Oil Corp.’s CEO returned from medical leave after recuperating from the virus. 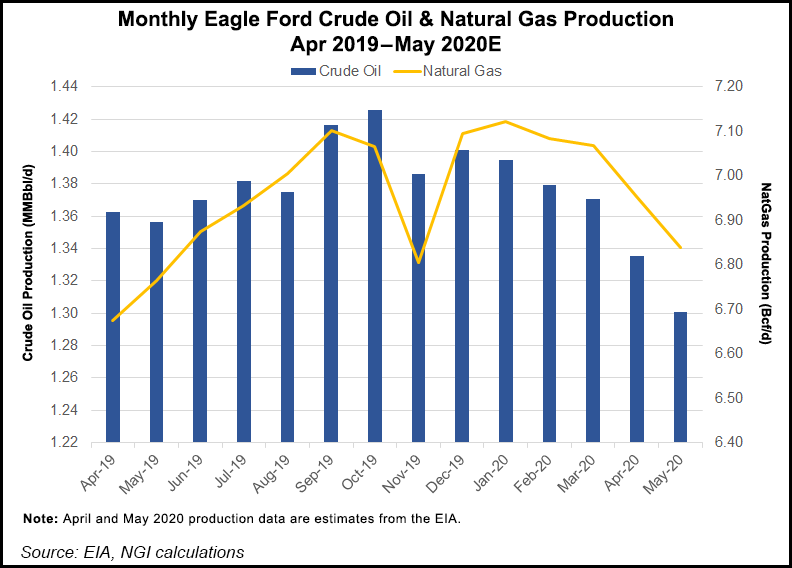 The El Dorado, AR-based independent said Roger W. Jenkins, who was sidelined in March with a presumptive diagnosis of the virus, “has recovered and resumed his responsibilities with the company as president and CEO following his temporary medical leave.” Interim chief David R. Looney has returned to his day-to-day role as executive vice president and CFO, management said.

Among them was one of the largest OFS operators in North America, Baker Hughes Co., which has announced a 20%-plus reduction in capex over 2019, when it spent $1.24 billion. The Houston-based operator also expects to record a one-time impairment of $15 billion in the first quarter after writing down the value of its Oilfield Services and Oilfield Equipment units because of low oil and gas prices.

“The company’s market capitalization declined significantly during the first quarter driven by current macroeconomic and geopolitical conditions including the collapse of oil prices driven by both surplus production and supply as well as the decrease in demand caused by the Covid-19 pandemic,” management said. “In addition, the uncertainty related to oil demand continues to have a significant impact on the investment and operating plans of our primary customers.”

Management concluded that a “triggering event occurred,” which required the company to perform an interim quantitative impairment test at the end of the first quarter.

“Based upon the results of the impairment test, the company concluded that the carrying value of the Oilfield Services and Oilfield Equipment reporting units exceeded their estimated fair value, resulting in a goodwill impairment charge.” The impairments do not impact cash flow.

The company also has approved a plan that would result in restructuring, impairment and other charges of $1.8 billion, of which $1.5 billion is to be recorded in 1Q2019. Future cash expenditures associated with the charges are estimated to be $500 million, with an expected payback within 1 year.

“These restructuring charges are designed to right-size our operations for anticipated activity levels and market conditions,” management said.

In addition, all drilling and completions activity has been suspended “until commodity prices warrant further investment.” Capex for 2020 is set at $80-85 million, down 55% from previous guidance. Completing and bringing online eight oil wells also is being deferred until “at least” the second half of this year.

SilverBow “is contemplating a pivot to gas development late in 2020 if prices support return thresholds,” according to the management team.

“In light of this unforeseeable abrupt decline in commodity prices, as well as the heightened uncertainty with respect to the duration of depressed prices, we are taking prudent steps to protect our balance sheet while also adjusting capital spend to ensure return thresholds continue to be met,” CEO Sean Woolverton said.

SilverBow said it recently acquired a private entity with Eagle Ford assets and agreed to divest assets in the Powder River Basin. No financial terms were disclosed. The Eagle Ford acquisition adds 10 MMcf/d of net gas and brings combined acreage to more than 200,000 net acres.

Diversified OFS operator Quintana Energy Services Inc., which works across the United States, has idled three locations and both of its active fracture spreads. The Houston firm also has cut capex by half this year to $10-15 million.

In response to “declining customer activity and commodity price instability,” a segment restructuring that began in late 2019 is expected to be completed by the end of June. The restructuring is designed to yield an annual cost savings of $4-6 million once personnel, systems and facility migrations are implemented.

“In addition to our segment restructuring, it has become necessary for us to take further decisive actions to protect our financial strength and flexibility, while upholding our customer commitments,” CEO Chris Baker said.

“Given current market conditions, we expect a significant drop in activity and reduced pricing and margins due to a material decrease in North American E&P spending and challenging competitor dynamics, and we expect lower pricing and activity levels to continue until we see clear signs of a commodity price recovery.”

Baker has taken a voluntary base salary reduction of 20%, while all-in executive compensation has been reduced by 30-40%, including voluntary salary reductions of 10-20%. Quintana also is reducing cash compensation for the board. Overall operating expenses, overhead and other variable costs have been trimmed by 20%, with segment compensation cut by up to 20%.

Quintana also is planning to begin furloughs to minimize costs and align with activity. It also is working with vendors to reduce costs for all products and services, and it is negotiating with lessors to reduce and defer fixed cost lease obligations.

“We will continue to monitor market developments and are prepared to take additional actions in the second quarter as needed,” Baker said. “Efforts from our business continuity plan are expected to result in approximately $25 million of annual cost savings. While very difficult, a workforce reduction is a necessary step to better align with market demands.”

Quintana’s immediate focus, Baker said, “is on weathering these difficult times” and ensuring the company is “positioned when the market ultimately recovers.”