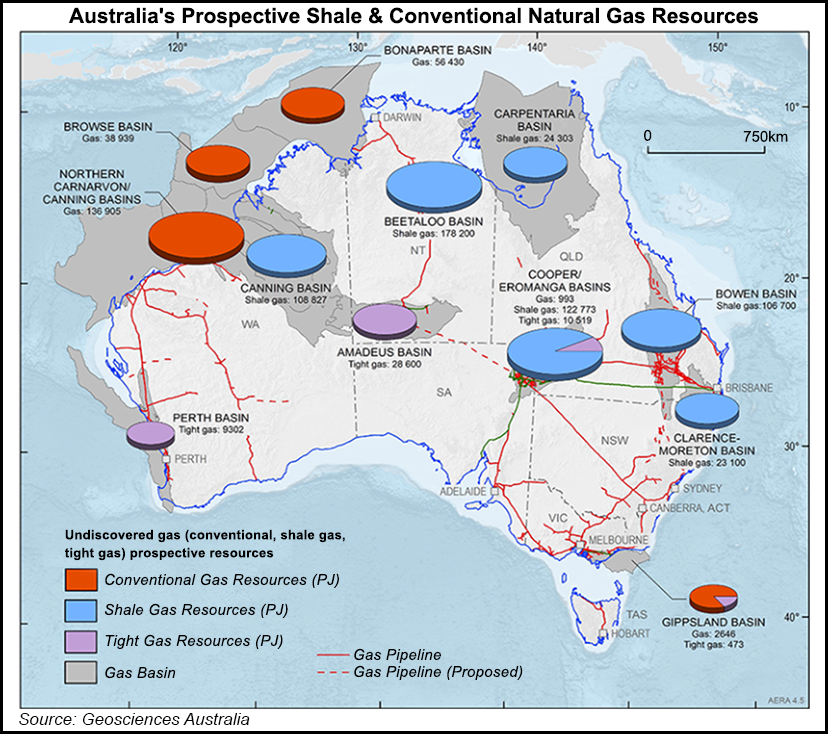 The moratorium on drilling using hydraulic fracturing (fracking) was imposed in September 2016 to allow a report to be conducted about the environmental, social and economic risks for the region, which extends across an area about 1.4 million square kilometers (540,000 square miles).

The report, issued last month, found the risks associated with fracking could be mitigated, if not eliminated, if the proper recommendations are in place. The formula for overcoming the fear of fracking surfaced from a model put in place by Canadian provinces.

Included in the 135 recommendations, all endorsed by the government, is the creation of an NT Onshore Shale Gas Regulator.

“We have accepted the key finding of the report, that if all the recommendations are implemented the risk from fracking can be reduced to an acceptable level,” NT Chief Minister Michael Gunner said.

“The design and implementation of a robust regulatory framework is the primary way that the government can ensure that any onshore shale gas industry develops in a way that protects the environment, is safe to humans, and meets community expectations,” said the report.

“Most, if not all, of the environmental impacts and risks associated with hydraulic fracturing and any onshore shale gas industry can, in the panel’s view, be effectively managed and mitigated to an acceptable level by strong governance.”

Nearly half (49%) of the region would be covered by “no go zones” and remain off limits to drilling. The zones would cover areas of environmental, agricultural and cultural significance, as well as indigenous protected areas, national parks, towns and residential areas and places with significance to the tourism industry.

Recommendations also include charging for water used for all onshore unconventional gas activities; requiring operators to pay for road maintenance; and enacting a compensation scheme for pastoral lessees.

In addition, the report recommended authorities seek to ensure there is no net increase in greenhouse gas emissions caused by development. A draft offset and climate change policy is expected by the end of the year.

Ramping up unconventional development is going to take time. Before any proposal is approved, operators would be required to conduct strategic regional environmental and baseline assessments, which could take about three years to complete.