A formula for overcoming fear of hydraulic fracturing (fracking) surfaced from a sister Commonwealth Nation on Tuesday, in time for an inquiry launched earlier in March in a Canadian hotbed of unconventional natural gas development, British Columbia (BC). 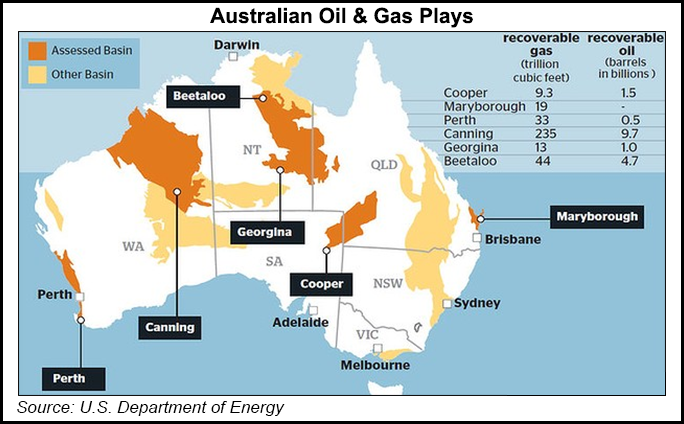 The formula, reported by a government-appointed scientific review panel in Australia’s Northern Territory (NT), said Canada’s main gas- and oil-producer jurisdictions already have the key to coping with the unconventional drilling method. The NT report pointed to the Alberta Energy Regulator, heir to a conservation and safety regime that has evolved since 1938, and the 20-year-old BC Oil and Gas Commission as examples to follow for regions where the industry is a newcomer.

The Australian panel urged creation of an NT Onshore Shale Gas Regulator (OSGR). Jurisdictions in the United States that had little experience with drilling before unconventional drilling techniques were underway could have avoided trouble if they had set up such an agency, the report suggested.

“The design and implementation of a robust regulatory framework is the primary way that the government can ensure that any onshore shale gas industry develops in a way that protects the environment, is safe to humans, and meets community expectations,” said the Australian inquiry report.

“Most, if not all, of the environmental impacts and risks associated with hydraulic fracturing and any onshore shale gas industry can, in the panel’s view, be effectively managed and mitigated to an acceptable level by strong governance.”

In Canada, the newly launched BC counterpart to the Australian inquiry has a mandate to review seismic disturbance, water quantity and quality, environmental and safety risks, aboriginal perspectives, and the adequacy of the current regulatory regime. No possibility has been raised of a provincial moratorium that would stop the unconventional drilling that has already been used in 11,890 northern wells.

The BC panel’s mandate is strictly scientific: “It does not include the transmission of oil or natural gas, land use or health, economic or social science matters,” said the inquiry terms of reference document.

Falcon Oil & Gas Ltd., an international resource prospector firm incorporated in BC that includes Alberta industry veterans, circulated the Australian report as a sign of hope for an NT drilling venture. The territorial government appointed the scientific inquiry and enacted a moratorium on unconventional drilling using fracking in December 2016 after Falcon and larger partners scored exploration results that confirmed supply development potential.

Falcon has no production but holds drilling rights in Australia, South Africa and Hungary. The firm’s portfolio includes interests in 4.6 million acres of unconventional properties in the NT’s Beetaloo Basin. Australian earth science authorities rated the territory’s gas potential at 244 Tcf, led by 169 Tcf in the Beetaloo.

While refraining from making a political recommendation on the fate of the NT fracking moratorium, the scientific panel suggested making the legislative job easier by adding a specialized representative council to the proposed regulatory regime.

“The government should establish a community and onshore gas industry and business reference group, comprising representatives from the community, environmental groups, local business, the gas industry, land councils and local government,” said the report. “The Reference Group is to provide a medium through which the government can constructively consult with, provide information to, and obtain feedback from, key stakeholders.”

In Canada, the BC and Alberta governments have made no moves to add a popular assembly to regulatory regimes that already include mandatory public, environmental and native consultation.