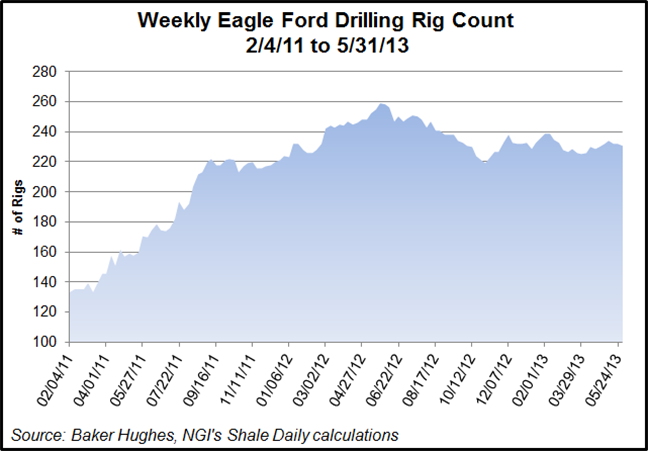 The JP Heard Bower #19H well was spudded on Friday. Aurora had said operated drilling activity was expected to start early in the third quarter. During the first quarter Aurora bought a 100% operated working interest in 2,700 net acres in South Texas in the liquids-rich area of the Eagle Ford for $117.5 million (seeShale Daily, March 4).

Two adjacent wells are to be drilled from the same surface pad location (JP Heard Bower #19H and #20H) using a batch drilling schedule to further optimize efficiencies. Batch drilling is expected to result in the rig drilling each surface hole section first, before being reconfigured for the deeper build and horizontal sections of the well bore for each well.

Aurora plans to use the knowledge gained through participating in 289 wells that have been spudded on this and the adjacent Sugarkane Field to optimize the well and stimulation design, the company said. The two horizontal wells are to be positioned 330-feet apart within the reservoir (40-acre spacing) and then zipper fractured, which involves simultaneous stimulation of two parallel horizontal wells to improve efficiency.