Under a program backed by Georgia state regulators, AGL Resources’ Atlanta Gas Light utility said Monday its has signed agreements to open two more in a network of compressed natural gas (CNG) fueling stations in the state. The latest will be public access stations in Decatur and Oglethorpe, GA. 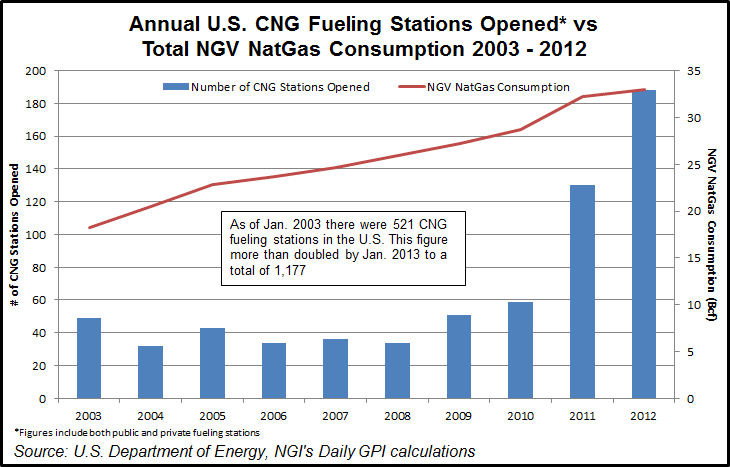 The Atlanta-based utility will construct the stations under a program approved two year ago by the Georgia Public Service Commission (PSC), and DeKalb County and Flint River Fuel Center will operate the respective stations.

Atlanta’s utility station-building program is part of a broader effort to facilitate more natural gas vehicles (NGV) in transportation. The AGL utility also works with fleet operators and potential station developers to build a variety of CNG station options, including projects under a special (V-52) tariff rate schedule in which the utility installs and maintains CNG equipment for the station developers similar to the latest pacts, but under a different rate structure.

Atlanta Gas Light also has a lease program for homeowners and small businesses to install home refueling appliances. Leases are available for $60/month on a five-year commitment basis.

The PSC approved the utility’s use of a Universal Service Fund (USF) to spur more CNG vehicle and infrastructure development, and Atlanta Gas Light now has seven stations in development across the state, including the two latest projects.

In November 2011, the PSC approved Atlanta Gas Light’s use of $11.57 million from the USF monies to install the compression and storage equipment needed in the CNG fueling stations. The majority of that funding is now committed to the seven projects under development, and the utility is still taking applications under the program, which called for up to nine new CNG fueling stations.