The Los Angeles City Council voted unanimously early this month to enact a ban on all new oil and natural gas drilling in every zone across the city and create a 20-year timeline to phase out exploration and production (E&P) at existing wells. 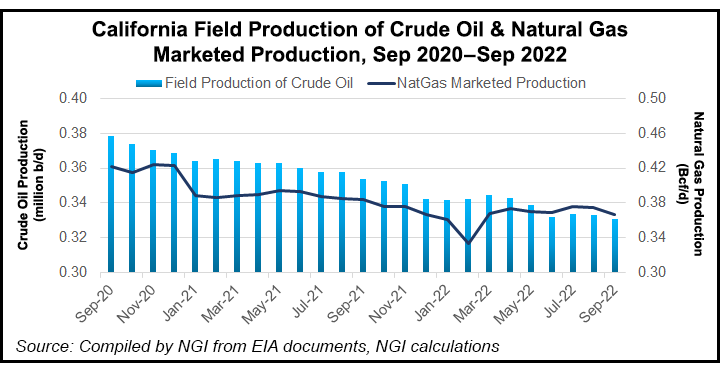 First introduced in late September, the ordinance “represents a first, narrowly focused on land use, and is meant to be a critical piece in ultimately phasing out all oil drilling in LA,” said City Planning Department Director Vincent Bertoni during the council legislative session last week (Dec. 2).

As of 2020, the Los Angeles (LA) Basin held an estimated 115 million bbl of crude oil in proved reserves, according to data from the U.S. Energy Information Administration.

Headquartered in Bakersfield, CA, and with operations spanning California, Kansas, Louisiana and Wyoming, E&B Natural Resources wrote to the council in early October expressing concern over unforeseen emissions consequences related to the ordinance.

“California, the fifth largest economy in the world, demands nearly 1.8 million b/d of oil and local in-state production only supply roughly 30% of our state needs,” E&B management noted. “We believe that while demand for the product remains strong, it is best for the local and state economies and the environment to have the ability to procure product locally than from foreign sources…who don’t have the same environmental regulations as California.”

The California Independent Petroleum Association (CIPA), a trade organization representing the state’s oil and gas industry, also said it was “strongly opposed” in an October memo. CIPA members account for about 70% of total crude oil in the state and 90% of its natural gas production.

“Loss of oil production in the City of Los Angeles will lead to more imports of oil coming into California through the Ports of Long Beach and Los Angeles,” CIPA said. Incoming shipments from oil tankers are “one of the major sources of air pollution in the LA Basin.”

CIPA CEO Rock Zierman told NGI “that every barrel not produced in-state must be imported overseas.

“Roughly 2.5 million bbl of oil were produced in the City of Los Angeles alone last year. Without it, California will be more reliant on imports from Saudi Arabia, Ecuador and Iraq,” Zierman added.

“The irony,” he said, “is that from an environmental standpoint,” imports add to emissions because of how the oil is produced and the adverse impacts of shipping.

“California-produced oil is the most climate-compliant oil in the world,” Zierman said. “Producers in our state must adhere to the state’s GHG reduction program and account for all emissions. Foreign oil imports are exempt from those requirements.”

CIPA also cited a June 2020 study by Capitol Matrix Consulting, which estimated the state’s oil and gas industry contributed about $250 million/year to the Los Angeles City General Fund. When combined with taxes collected from oil and gas workers and suppliers, the total represented about 4% of the city’s overall budget.

Lawsuits Coming Down The Pipe?

CIPA also noted that the city could face “substantial lawsuits…based on governmental taking of property rights.”

With hundreds of families collecting royalties from the mineral rights linked to their properties, the City of Los Angeles Petroleum Administrator estimated that the cost of litigation and compensation for seizing the mineral rights could amount to nearly $100 billion, CIPA added.

“…There are significant legal questions,” Zierman told NGI. “The City Council action constitutes an unlawful and uncompensated taking of private property. Will they pay for the cost of shutting down operations?”

Similarly, a September letter to the CPC from Warren E&P Inc., which has subsidiaries operating in the basin, called the then-proposed ordinance an “unconstitutional taking for which just compensation must be paid.”

Warren management noted that if the ordinance were to be adopted, it would “put Warren out of business in approximately three years, depriving Warren…of their real property rights. These rights are currently valued in excess of $675 million…”

“The city’s ordinance will allow for well servicing, as previously mentioned, such as the replacement of equipment to keep existing wells operating, and will allow for maintenance if it is needed for the protection of health, safety, or the environment,” Rubio said.

When asked whether the CPC expected to see any litigation as a result of the ordinance’s passage, a spokesperson told NGI that “the unanimously-passed ordinance amplifies City Planning’s protections to improve land use compatibility at the neighborhood effort.

“Our efforts are focused on celebrating this major milestone that addresses Los Angeles’s goals around sustainability, resiliency and environmental justice.”

Councilmember Paul Koretz, representing the city’s Fifth District, said during the legislative session, “This effort has been a long time coming.” He added that the Stand Together Against Neighborhood Drilling in Los Angeles coalition, aka Stand LA, was instrumental in the ordinance’s passage.

“Working with Stand LA and many of our council colleagues, we also introduced a motion to require” drilling buffer zones, “which I’m pleased to say lead fairly directly to Senate Bill (SB) 1137,” Koretz added.

Signed by Gov. Gavin Newsom in late September, SB 1137 added several health and safety measures to mitigate oil and natural gas drilling in California. They included increasing the minimum distance required between oil and gas operations and public and private property to 3,200 feet.

Newsom has not halted his efforts to “improve transparency and oversight of the oil industry by the state,” according to the governor’s office. Newsom, alongside State Sen. Nancy Skinner, a Democrat representing Berkeley in Northern California, also unveiled a proposal to mitigate price gouging.

Newsom said the energy industry has been “lying and gouging Californians to line their own pockets long enough.”

The proposal could expand the California Energy Commission and the California Department of Tax and Fee Administration’s ability to investigate and obtain information on costs, profits and pricing so that the state could address the causes of “pricing irregularities and minimize the likelihood of future supply or price shocks.”

Newsom’s office has convened a special session to discuss the proposal and consider efforts by the government to more closely review the cost of gasoline in the state. According to data from AAA, the average price of regular unleaded gasoline in California sits above the national average of $3.380/gallon at about $4.716. In June, the state reached its highest recorded average price for regular gasoline at $6.438.