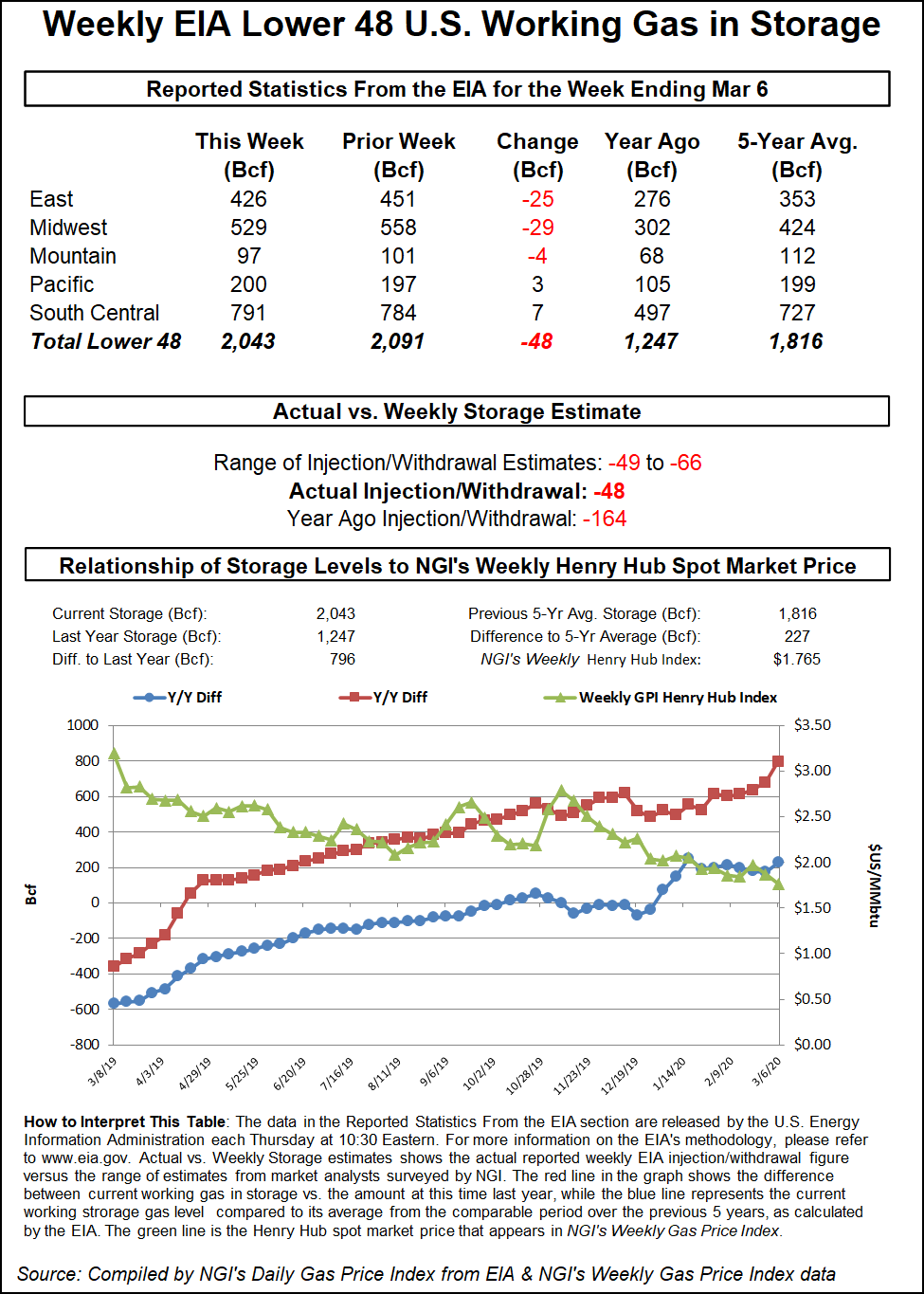 Major surveys had pointed to a withdrawal in the mid- to upper-50s Bcf, putting the actual figure well to the bearish side of expectations. The actual withdrawal was also much smaller than both last year’s 164 Bcf pull for the similar week and the five-year average withdrawal of 99 Bcf.

Considering the palpable sense of anxiety over the coronavirus pandemic, which had equity markets swooning Thursday morning, it would be understandable if the EIA print didn’t garner much attention when it crossed trading screens at 10:30 a.m. ET. The April Nymex contract, down sharply earlier in the morning, traded as high as $1.819/MMBtu and as low as $1.784 in the minutes following the EIA report.

There are “huge uncertainties depending on how fast producers can react and slow production and on how much” liquefied natural gas (LNG) gets exported, Rubin said. “But many risks are to the downside” in terms of prices.

“Any drop in production from lower prices is being offset by lower LNG exports,” Shah said.

Prior to the report, a Bloomberg survey had shown a median 56 Bcf pull, while a Reuters poll had landed on a withdrawal of 59 Bcf. NGI’s model had predicted a 51 Bcf withdrawal for the report, which covers the week ended March 6. Estimates had ranged from minus 49 Bcf to minus 66 Bcf.

By region, the Midwest withdrew 29 Bcf week/week, while the East pulled 25 Bcf. The Mountain region saw a 4 Bcf withdrawal, while the Pacific injected 3 Bcf. The South Central injected 7 Bcf during the period, including 6 Bcf into salt stocks and 1 Bcf into nonsalt, according to EIA.