Antero Resources Corp. has reached a settlement with federal and West Virginia regulators to resolve alleged Clean Water Act violations at 32 sites that could find it paying more than $11 million for penalties and environmental restoration work. 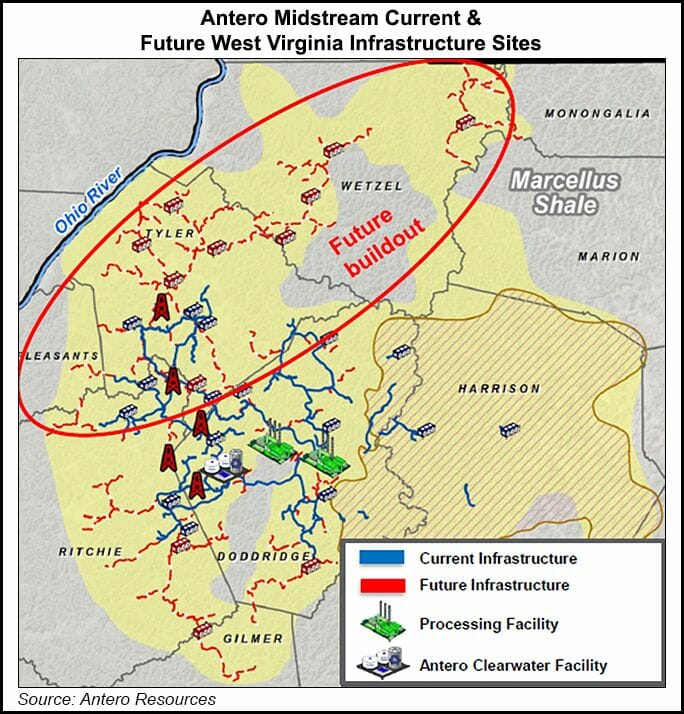 The settlement requires Antero to pay a civil penalty of $3.15 million and undertake restoration, stabilization and mitigation work at the impacted sites in Harrison, Doddridge and Tyler counties. The company is also responsible for creating and enhancing a 52-acre site to preserve 11,500 feet of streams and more than three acres of wetlands aimed at mitigating impacts to aquatic resources, which the federal government said would cost about $8 million.

The alleged violations involved the unauthorized disposal of dredged and fill materials into waters near sites where Antero had constructed well pads, compressor stations, impoundments, pipeline crossings, access roads and other structures associated with Marcellus Shale development. The violations impacted more than 19,000 linear feet of streams.

Appalachian pure-play Antero is one of West Virginia’s largest oil and natural gas operators. It plans to run five rigs and four completion crews in the state this year, where all of its operations are to be focused. The company has guided for 20% year/year production growth in 2019 of up to 3.250 Bcfe/d.