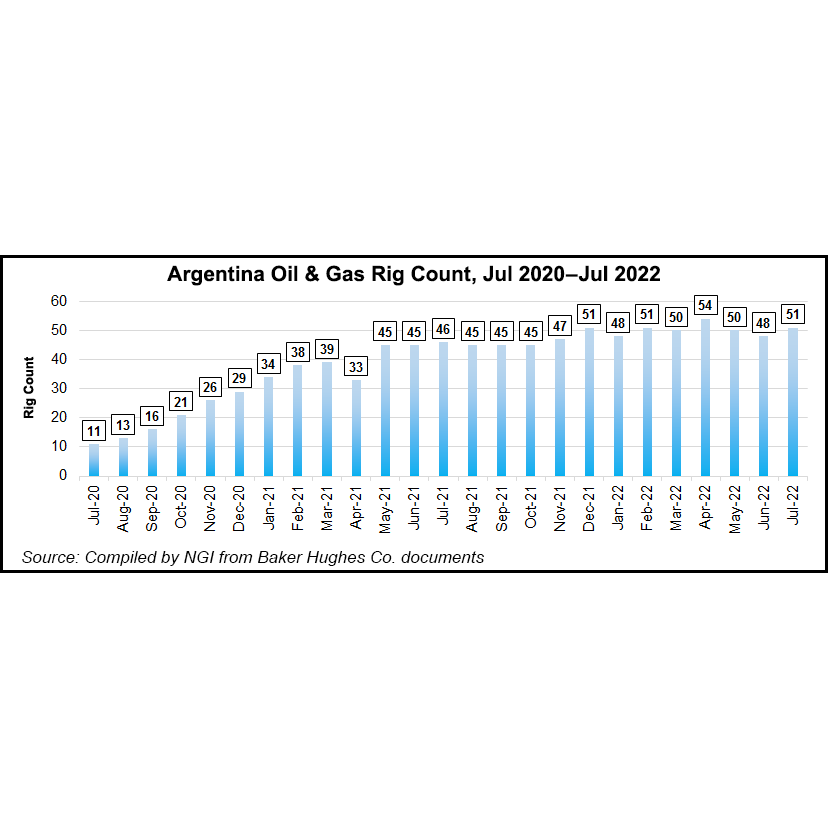 “Better-than-expected economic performance so far in 2022 enhanced our cash flow generation and also left us with a more constructive outlook for the rest of the year,” Lew told analysts.

Management now expects capex of more than $4 billion for the year, up 10% from previous guidance and 50% from the amount spent in 2021.

Lew said that YPF now expects to drill and complete about 120 unconventional wells during the full year, up from a prior forecast of about 100.

Annual hydrocarbon production is now expected to grow by 9% for the full year versus 2021, “which would mean the largest organic growth in the last 25 years,” the company said. “This investment will allow an acceleration of unconventional activity, greater activity in the Golfo San Jorge Basin and an increase in midstream projects.”

Iuliano, in his first conference call at the helm of YPF, said 2Q “was a very robust quarter,” citing “tremendous progress that has been gained in our Vaca Muerta operations in the post-pandemic.”

YPF also recorded a new record horizontal well length at the Loma Campana area, “which contains the three largest wells in all of Vaca Muerta at over 4,400 meters of horizontal length,” Lew said.

Unconventional oil and natural gas production rose by about 50% and 80%, respectively, during the second quarter on a y/y basis.