Underinvestment in oil and natural gas supply could threaten global energy security and decarbonization efforts over the coming years, according to the CEO of Saudi Arabia’s state-owned oil behemoth. 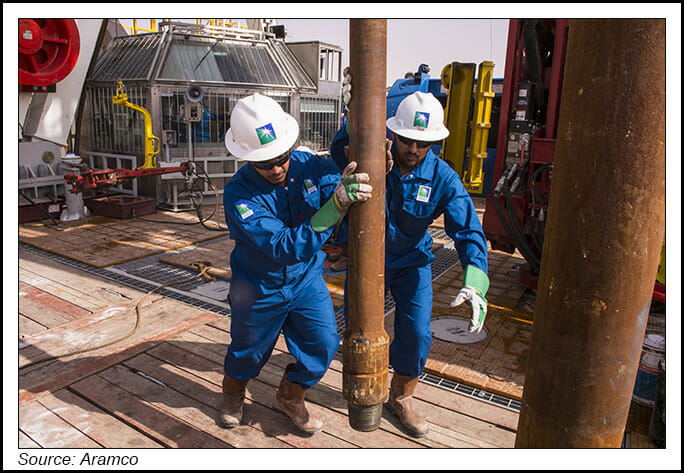 “Oil demand is likely to grow for the rest of the decade,” Nasser told analysts. “We believe that the world will continue to need oil and gas for the foreseeable future to support a sustainable and affordable energy transition.

“Our concern remains that the industry is not investing enough to meet even the most conservative estimate of future demand.”

He added, “We strongly believe that all stakeholders need to recognize this problem and support higher investment to ensure the market remains adequately supplied.”

Aramco, for its part, is “progressing the largest capital program in our history, and our approach is to invest in the reliable energy and petrochemicals that the world needs, while developing lower-carbon solutions that can contribute to the broader energy transition,” said Nasser.

The NOC’s full-year capital spending forecast remains unchanged from earlier guidance of $40-50 billion, Nasser said, with about half allocated for the upstream and half for downstream and carbon reduction projects.

Nasser cited Aramco’s production as among the world’s lowest-cost and least carbon-intensive supply, and noted the company plans to increase natural gas production by more than 50% by 2030.

“The growth in gas supply comes with significant quantities of additional high-value liquids and displaces liquid burning,” Nasser said. “This will not only help the Kingdom achieve a lower carbon energy mix, but also make more liquids available for export.”

Aramco expects the Jafurah unconventional natural gas field to begin production by 2025. The field is expected to deliver a sustainable production rate of 2 Bcf/d by 2030, “which will provide feedstock for hydrogen and ammonia production and will help meet expected growing local energy demand,” the company said.

The reservoir will help to manage seasonal changes in demand, and in turn improve asset utilization and cost efficiency, Aramco said.

Nasser noted that “while there is a very real and present need to safeguard the security of energy supplies, climate goals remain critical, which is why Aramco is working to increase production from multiple energy sources — including oil and gas, as well as renewables, and blue hydrogen.”

Other objectives include capturing, utilizing or storing 11 million metric tons/year (mmty) of carbon dioxide (CO2) equivalent by 2035; deploying 12 GW of wind and solar capacity by 2030; reducing or mitigating more than 50 mmty of CO2 equivalent by 2035; and reducing upstream carbon intensity by at least 15% by 2035 versus a 2018 baseline.

The company also plans to produce 11 mmty of blue ammonia, a carrier of hydrogen, by 2030.

“Aramco continues to invest to capture growth opportunities, progressing the strategic integration of its upstream and downstream segments, expanding its chemicals business, and developing prospects in low-carbon businesses,” the company said.

“Strong market conditions” drove net income of $48.4 billion for the quarter, up from $25.5 billion in the same period last year, the company said.

The quarterly results were the best that Aramco has reported since its initial public offering in 2019, “and were primarily driven by higher crude oil prices and volumes sold, and higher refining margins,” management said.

“Our record second-quarter results reflect increasing demand for our products — particularly as a low-cost producer with one of the lowest upstream carbon intensities in the industry,” said Nasser.