As the global economy awakens from the coronavirus-induced slumber, Saudi Arabia Oil Co., aka Aramco, is springing back as well, reporting its first quarter profits jumped 30% from a year ago, sharply surpassing expectations. 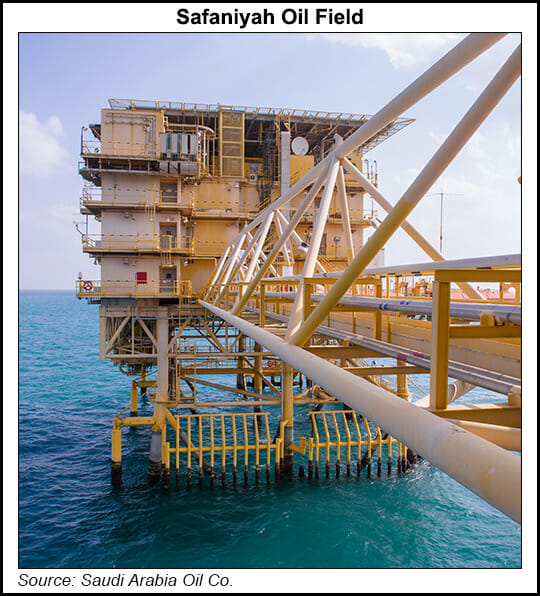 “Given the positive signs for energy demand in 2021, there are more reasons to be optimistic that better days are coming,” CEO Amin H. Nasser said. “And while some headwinds still remain, we are well positioned to meet the world’s growing energy needs as economies start to recover.”

Momentum provided by the global economic recovery “has strengthened energy markets, and Aramco’s operational flexibility, financial agility and the resilience of our employees have contributed to a strong first quarter performance,” he noted.

“We made further progress toward our strategic objectives during the quarter and our portfolio optimization program continues to identify value creation opportunities, such as the recent announcement of our landmark $12.4 billion pipeline infrastructure deal.”

Aramco last month sold off a 49% stake in newly formed Aramco Oil Pipelines Co. to a consortium of investors led by EIG Global Energy Partners for $12.4 billion. As part of this infrastructure deal, the pipeline unit plans to lease usage rights in Aramco’s oil pipelines network for 25 years.

The Shareek or “partnership” initiative was launched in late March by the Kingdom to diversify the oil-reliant economy. Strict business criteria have been set up to allow private investments in ventures through 2030. Aramco and Saudi Basic Industries Corp. (Sabic) are expected to contribute about 60% of the new investments.

Aramco, which produces all of the Kingdom’s oil and gas, is considered key to efforts to diversify the economy by Crown Prince Mohammed bin Salman. The prince plans to transfer Aramco ownership to the Saudi sovereign wealth fund, with the earnings earmarked for global and local investments.

There is an “ongoing rebalancing of oil supply and demand fundamentals, in addition to improved sentiment for an increase in global demand spurred by ongoing vaccination programs,” Nasser noted. “This led to a steady increase in crude oil prices, while discipline from refiners and petrochemicals producers helped improve margins.”

Total hydrocarbon production averaged 11.5 million boe/d in the latest period. Oil output was down at 8.6 million b/d from 9.2 million b/d. The company said it also achieved 100% reliability in its deliveries to customers during the first quarter.

In the first quarter, Aramco’s Downstream segment consumed 43.8% of total oil output, compared with 35% in 1Q2020.

In advancing its global business acumen, Aramco in January partnered with telecom and technology giant stc to launch the supercomputer Dammam 7. With a computing capability of 55.4 petaflops, the system “presents new opportunities in both exploration and development,” according to Aramco. The system is expected to enhance the ability to predict the location of reserves using sophisticated imaging and artificial intelligence.  Also earlier this year Aramco and The Dow Chemical Co. agreed to become joint partners in the Sadara Chemical Co.

Net income for 1Q2021 increased 30% year/year to  $21.7 billion (10 cents/share) from $16.7 billion (8 cents). The gains were driven by higher oil prices, improved downstream margins and consolidating the results from Sabic, of which Aramco now owns 70%. Net cash from operations climbed year/year to $26.5 billion from $22.42 billion.During 2020, its first full year as a public company, Aramco reported net income of $49 billion.