TransCanada Corp. reported that shippers have cut long-term firm bookings for eastbound deliveries on its Mainline from Alberta and British Columbia to about 1 Bcf/d from 5 Bcf/d as competition from Appalachian natural gas has squeezed the system’s transportation contracts. 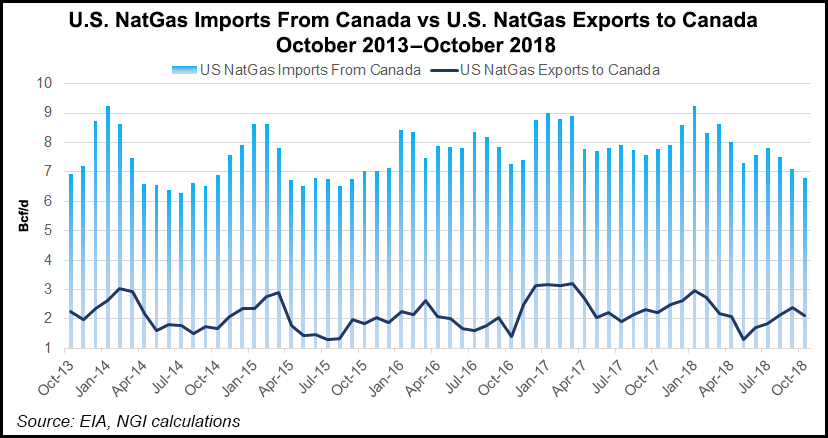 The new evidence, presented to the National Energy Board (NEB), said the shrinkage included a 60% drop in TransCanada’s long-term Mainline contracts to less than 1 Bcf/d from 2.5 Bcf/d for exports from the Western Canada Sedimentary Basin (WCSB).

Physical traffic through the cross-Canada pipeline has shrunk almost as fast as the long service contracts, despite rising use of short-term delivery bookings for spot sales, based on throughput records collected by the NEB.

TransCanada blamed development in the Marcellus and Utica shales of Ohio, Pennsylvania and West Virginia for the squeeze.

“Since 2005, when Marcellus and Utica production was essentially zero, these basins have dramatically increased production to where they are forecast to be producing almost 34 Bcf/d by 2020,” the Calgary-based pipeline giant noted.

The Appalachian forecast for 2020 is nearly double the record high of 17.4 Bcf/d set for total Canadian gas output in 2001, when now-defunct production offshore of Nova Scotia was new and hitting its peak.

TransCanada presented the portrait of a struggling Canadian industry to support an application for NEB approval of a Mainline discount toll deal. The package grants 10- to 21-year transportation contracts for 630 MMcf/d at a negotiated discount toll of C93 cents/gigajoule (78 cents/MMBtu), with deliveries growing in stages that start Nov. 1 in 2019, 2020 and 2021.

“The service will increase market access for the WCSB and enhance customer choice for gas supply,” said TransCanada. “It will also allow WCSB producers and marketers to compete…with alternative sources of gas, including supplies from the Marcellus and Utica basins.”