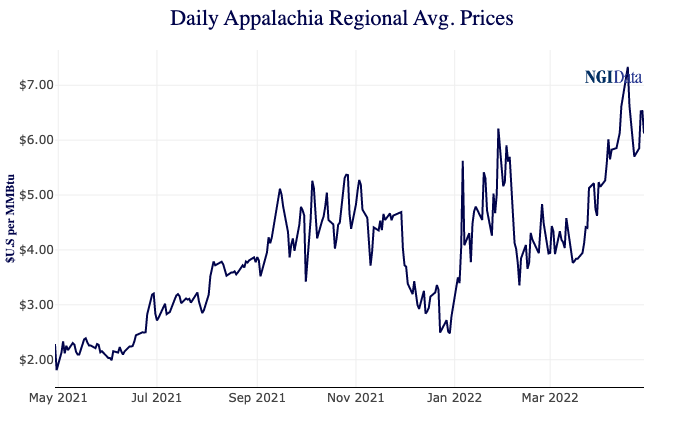 “The primary driver behind this shift is the supply side,” Rady told analysts during a call to discuss first quarter earnings. He cited “limited access to capital, limits on infrastructure buildout, and also supply chain constraints that limit production growth” as impediments to growing supply and filling storage capacity ahead of the 2022-2023 winter.

Antero holds more than 501,000 net acres in the Marcellus and Utica shale plays, where it produced 3.2 Bcfe/d during the first quarter.

Russia’s invasion of Ukraine has exacerbated each of these factors, Rady indicated.

“As Europe looks to strengthen its energy security, it has become clear that there will be a significant call on U.S. shale gas in the coming decades,” the CEO said. “Importantly, with Antero’s 2.3 Bcf/d of firm transportation to the LNG fairways, we are uniquely positioned to supply the increase in international demand.”

Rady said Antero already is selling nearly 1 Bcf/d of gas to LNG facilities on a mix of long- and short-term contracts. As additional export capacity is built out, Antero believes its gas will fetch a higher premium to New York Mercantile Exchange (Nymex) pricing “and will become more closely linked to international prices,” Rady said.

He explained, “We’re happy where we are right now on shorter term deals, whether it’s selling on the day or on the month.”

However, “we’re not interested in longer-term supply deals unless we receive significantly higher premiums,” Rady said, citing that “there’s too much optionality today to get locked in prematurely.”

Fowler said that Antero expects U.S. supply growth “to underwhelm” in 2022, making it difficult to hit consensus estimates of around 3.5 Tcf of gas in storage when injection season officially ends Oct. 31. “Production would need to average over 97 Bcf/d every single day, beginning from today through November,” Fowler said. “This represents a nearly 4 Bcf/d increase from current production levels.”

In addition to supply constraints and geopolitical tensions, Fowler said that, “We continue to see very strong power generation and industrial demand,” and noted that LNG exports are expected to grow as incremental capacity comes online this year. “This suggests even higher supply growth will be required to fill storage ahead of next winter,” he said.

Antero turned 15 horizontal wells to sales in the Marcellus during the first quarter, with an average lateral length of 12,707 feet.

Drilling and completions capital expenditure totaled $175 million for the quarter.

Antero also acquired 2,500 net acres holding about 11 incremental drilling locations at a cost of under $1 million per location.

Antero sold about 75% of its natural gas during the quarter into Nymex-priced hubs, “including the LNG fairway along the Gulf Coast and the Cove Point LNG facility in the Mid-Atlantic region,” Rady said.

He added that, “As this market grows and develops, we intend to utilize our significant firm transportation portfolio to increase our exposure.”

For the first quarter, Antero reported average realized natural gas gas prices after hedging of $3.60/Mcf, or a $1.35 discount to Nymex.

The company recorded commodity derivative fair value losses of $1.01 billion, versus hedging losses of $177.8 million in the year-ago period.

“As completion activity accelerates through the second quarter of 2022, production is expected to increase to a range of 3.3 to 3.4 Bcfe/d in the second half of 2022,” management said. 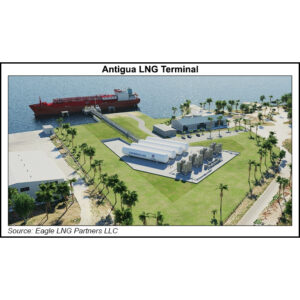