A Pennsylvania judge has ruled that an environmental organization’s lawsuit to stop Range Resources Corp. from drilling at a site in Washington County can go forward, putting the company’s plans there on hold. 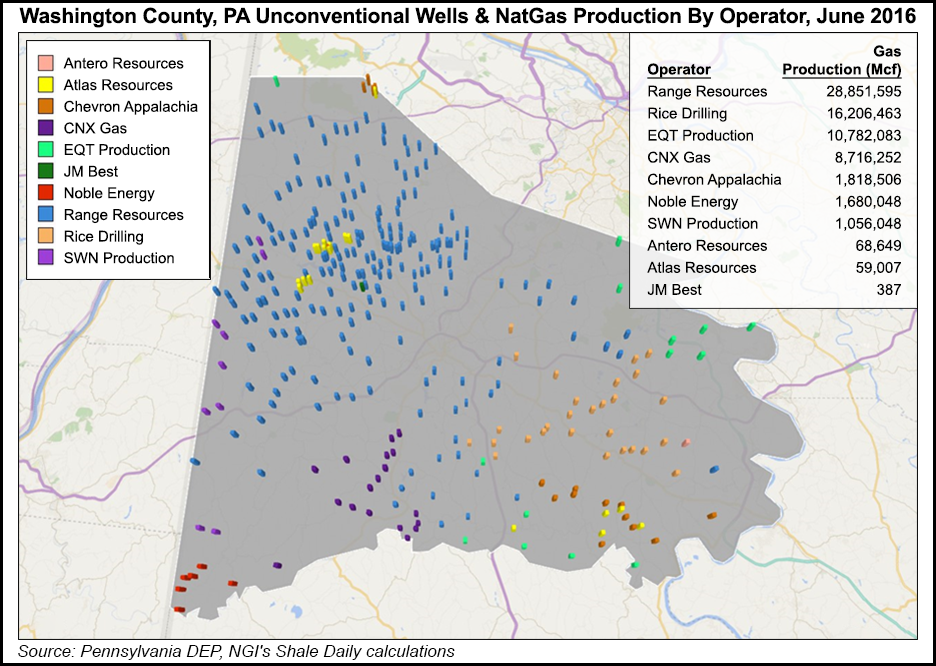 The Washington County Court of Common Pleas said PennFuture’s challenge to the Yonker pad in Mt. Pleasant Township, which is less than a mile from a school, would be heard at an injunction hearing next week. PennFuture filed suit over the summer challenging Mt. Pleasant’s ordinances, which allow natural gas development in any zoned area with a conditional-use permit.

The court issued its order on Monday, the same day a local conditional-use hearing was scheduled to approve Range’s plans. The township can’t make any decision until PennFuture’s case is resolved. More than 100 people turned out for that hearing, according to local news media reports, with most reportedly supporting the well pad.

Range temporarily withdrew conditional-use permits in the township last year, citing a reduction in its 2015 capital budget (see Shale Daily, Feb. 5, 2015). PennFuture hailed that decision at the time, but it’s also now arguing in its lawsuit that the township’s ordinances don’t provide a formalized process to allow or prevent gas drilling.

Drilling opponents in other counties across the state have challenged local zoning ordinances, in most instances claiming residential and agricultural zones are not suitable for shale gas wells. Challenges have cropped up against local permits after a landmark state supreme court ruling in 2013 that gave municipalities more power to change or enforce local zoning laws (see Shale Daily, Dec. 20, 2013).

Last year, a state appellate court upheld a conditional use permit issued by a township in Lycoming County to allow natural gas drilling to go forward in a residential area there (see Shale Daily, Sept. 15, 2015). That key ruling found that such operations are compatible with local residential zoning. Most of the state, the court noted, is zoned for residential-agricultural use.