Mexican President-Elect AndrÃ©s Manuel LÃ³pez Obrador signaled on Thursday that his administration will honor the 107 contracts awarded so far through oil and gas bid rounds conducted under the current administration led by President Enrique PeÃ±a Nieto. 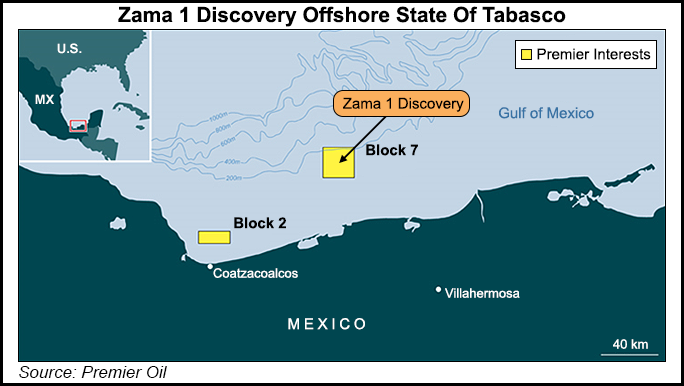 “I’m optimistic because together we’re going to reverse the decline in oil production and move the energy industry forward,” the president-elect was quoted as saying. “This administration will not act arbitrarily. We want you to be able to invest, but we want results.”

LÃ³pez Obrador “was very clear on respecting the contracts and was very clear that we must fulfill the obligations of these contracts,” local paper El Universal quoted Amexhi President Alberto de la Fuente as saying.

LÃ³pez Obrador’s transition team is currently fulfilling a campaign pledge to review the contracts, which has driven speculation that his government could dispute their legality.

De La Fuente, president of Shell’s Mexico unit, said he and his fellow industry leaders left the meeting “with peace of mind that our contracts will be honored because that’s what [LÃ³pez Obrador] made clear to us.”

LÃ³pez Obrador’s message to Amexhi, which includes international oil companies (IOC) as well as independent oil and gas producers of varying sizes, was markedly different from the one he presented a couple of weeks earlier to a group of Mexico-based oilfield services (OFS) companies, in which he referred to PeÃ±a Nieto’s 2013-14 de-nationalization of the energy sector as a “vile ruse” and a “failure.”

Before and during the presidential campaign, LÃ³pez Obrador and his allies had derided the reform as a coup orchestrated by the United States, and a surrender of Mexico’s natural resource sovereignty to private interests. He also said that he would suspend further bid rounds pending the results of the contract review.

Whereas PeÃ±a Nieto’s reform sought to attract private companies to hold operating interests in exploration and production (E&P) blocks, the traditional model in Mexico had been for national oil company PetrÃ³leos Mexicanos to be the sole operator of all upstream acreage, with private sector participation limited to OFS contractors. This model, while lucrative for service providers, is widely cited by analysts as one of the reasons Mexico’s crude output has fallen to 1.8 million b/d from a peak of 3.4 million b/d in 2004.

In his address to the OFS firms, LÃ³pez Obrador said immediately after his Dec. 1 inauguration, Pemex would launch an OFS tender to drill wells in southeastern Mexico, a pledge indicating his preference for service contract model.

However, recent comments by LÃ³pez Obrador and his top energy advisers suggest that they are in fact open to private sector firms holding operating or working interests in oil and gas blocks. Fluvio Ruiz AlarcÃ³n, a former Pemex board member and one of the architects of LÃ³pez Obrador’s energy policy, said recently that the reform’s allowance of public-private joint ventures in the upstream segment is one of its most valuable tools, and that he hopes the bid rounds will not be suspended for more than a few months.

In any case, Pemex will probably have no choice but to deepen its ties with the private sector if it wants to reverse the production decline. Mexico’s largest conventional oilfield, Cantarell, is nearly tapped out, while much of the most promising prospective resources lie in deepwater and onshore unconventional formations that Pemex will be unable to exploit without help from companies with experience in those geologies.

Private sector oil companies “are a complement to Pemex, not a substitute,” De La Fuente said.

Discovered in 2017, Zama is part of the Block 7 area awarded to a Talos-led consortium through Mexico’s first round of competitive bid tenders in 2015. Talos is the operator with a 35% working interest, with the remaining stakes held by held by Sierra Oil & Gas (40%) and Premier Oil plc (25%).

The group plans to begin drilling by year-end, and is targeting first production by 2022. Zama is estimated to hold 1.4-2 billion boe of hydrocarbons.

The appraisal drilling approval follows the signing in September of a two-year pre-unitization agreement between the Block 7 consortium and Pemex. The agreement “enables information sharing related to the recently announced Zama discovery and its potential extension into Pemex’s neighboring [Amoca-Yaxche-03] block,” Talos said.