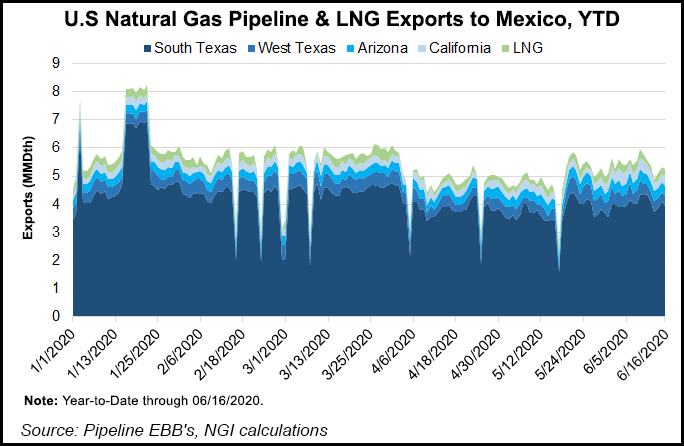 “There is no official information. It’s a journalistic story,” López Obrador said during his daily press conference.

On Wednesday, Tuxpan Mayor Juan Antonio Aguilar, told local press he had received word that the company was canceling the project because it had been unable to secure a natural gas contract with state utility Comisión Federal de Electricidad (CFE). Reportedly, the project would be carried out by CFE instead.

“I received a letter from the directors of the company saying they had around 26 thermoelectric plants in the country, and they’d like to keep investing in Mexico and want to reach agreements with the government,” López Obrador, also known as AMLO, said.

The news comes during a month in which López Obrador has accused Iberdrola of launching a media campaign against the Mexican government. Spanish firms still see Mexico as “a land to be conquered,” he said.

The president during the morning press conference also called the Spanish company “a monopoly” in the local power sector. Iberdrola holds about 11% of installed capacity in Mexico.

Much of the tension between the government and the private sector stems from recent power sector rules banning the entry into operation of solar and wind farms in the country, the majority of which are privately operated.

The government said the decision was needed to ensure power sector reliability during the coronavirus pandemic, but Mexico’s antitrust watchdog Comisión Federal de Competencia Económica (COFECE) this week asked the Mexico Supreme Court to intervene on constitutional grounds against the new rules, calling them anticompetitive.

Transmission tariffs were also recently hiked on some private companies in Mexico.

The Tuxpan power plant is part of a 1.5 GW portfolio of Iberdrola projects slated for the 2019-2024 period that includes a cogeneration plant in San Juan del Rio in Queretaro state and a solar park in the state of Puebla.

“I think the biggest worry [in Mexico] is the unpredictability of regulation,” the Inter-American Dialogue’s Lisa Viscidi told NGI’s Mexico GPI. “If contracts have been signed and projects are economically viable based on certain metrics and regulation, and then suddenly those regulations are changed, the project might not be viable anymore. Or it might mean the project is no longer even allowed to be built.”

Tuxpan is the port city at the receiving end of the 2.6 Bcf/d marine pipeline that originates in South Texas and is the country’s biggest crossborder natural gas route. Last year CFE, which anchored its construction, said that the pipeline contract, along with others in the country, was unfair to Mexico, leading to a forced renegotiation of terms.

“That attempt to unilaterally renegotiate the pipeline contracts was a huge red flag,” Viscidi said. “Even early on in the administration, the airport contract cancellation, even though it’s not an energy project, really sent a negative signal to investors.”

“The government is creating conditions so that new investors will need to have a high rate of return in order to take the risk to invest on Mexican soil,” Prud’homme told NGI’s Mexico GPI. “We are going to see a more expensive country in the next five years.”

“As a friend of Mexico, I don’t want to see a showdown between the federal government and the private sector because I think that the prosperity of a country depends on a good relationship between the two sectors,” Landau said.

On Wednesday the International Monetary Fund predicted that Mexico’s economy was on pace to shrink by 10.5% this year.