The state-centric policies of Mexico’s new government could threaten the autonomy of the country’s energy regulators, according to experts. 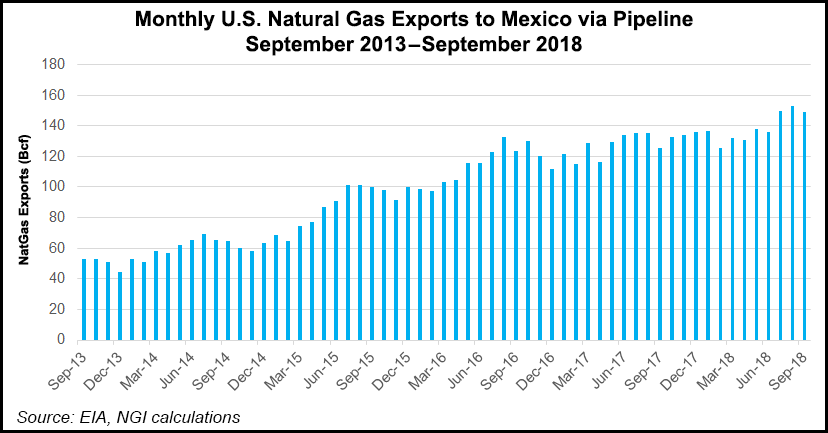 President AndrÃ©s Manuel LÃ³pez Obrador outlined some of those policies last weekend during separate ceremonies to unveil his plans for the electricity and oil refining segments.

At both events, he emphasized that the interests of national oil company PetrÃ³leos Mexicanos (Pemex) and state power utility ComisiÃ³n Federal de Electricidad (CFE) would take precedence over those of the private sector in his administration.

LÃ³pez Obrador also lamented the role played by “regulatory commissions for everything: for gas, for the power industry, for oil, for everything.”

While Cenagas and Cenace are not regulators per se, they perform roles that were formerly the purview of Pemex and CFE, respectively. The 2013 constitutional energy reform, implemented by LÃ³pez Obrador’s predecessor, changed that, imposing asymmetrical regulations on the two state energy companies to create a level playing field for new participants in the market, and to allow those players open access to the pipeline and power grids.

LÃ³pez Obrador continued, “Imagine how they work, these bureaucratic apparatuses that were created, that don’t even give Pemex permission to extract oil, much less [private] companies.”

Legislation introduced earlier this year in LÃ³pez Obrador’s Morena political coalition sought to fold CNH and CRE into energy ministry Sener, in essence transforming the commissions from autonomous regulators into divisions of the executive branch. The bill was subsequently withdrawn after an outcry from prominent industry voices in the public and private sectors.

“They don’t see the CNH or the CRE as [tools] of the state to protect the market,” GMEC energy consultancy founder Gonzalo Monroy told NGI’s Mexico GPI. “They pretty much see it as a lobbying effort of the private companies to protect their interests.”

Monroy said one of the bill’s main objectives was also to make it easier for the government to unilaterally mandate freezing consumer electricity prices, a goal that LÃ³pez Obrador reiterated in his recent speeches.

After LÃ³pez Obrador’s electoral victory last summer, members of his transition team also proposed re-absorbing Cenagas by Pemex, according to former Sener adviser Dwight Dyer. The move, if enacted, would place Pemex back in charge of allocating capacity on the Sistrangas national pipeline grid.

“However, the outgoing administration…was very explicit with them, telling them that Cenagas is not a private company at all,” Dyer told NGI’s Mexico GPI. “It’s a government office that is charged with making the best use of the pipelines, and there was no point in having it be reabsorbed by Pemex…

“In fact, it would be a very poor decision to do that. So we’re hoping that the new team got the message, and that they do not send Cenagas back into Pemex.”

Since Pemex and CFE already hold dominant positions in Mexico’s natural gas marketing segment, making Pemex the operator of the Sistrangas would give the state oil company an additional advantage over foreign participants in Mexico’s nascent gas market.

And while Mexico has tendered nearly 3,000 miles of new gas pipelines to private sector developers with CFE as the anchor customer since 2012, CFE’s new CEO Manuel Bartlett said these contracts would be audited, and the business model is to be revised.

“I think there are several things we’re hoping will happen in the next year that will make it harder for the new administration to walk back the progress” made to date, Dyer said, regarding how the gas market is developed.

A first reason, he said, “is that new pipelines will come online.” A second reason is that the one-year open season contracts with Cenagas “were renewed in July, so they have at least six months to think about it. What they think about it depends also, in part, on who they appoint to be the head of Cenagas.”

Attorney Elvira Daniel, who serves as the legal and communications director for her family’s Grupo Danhos construction firm, has been chosen by LÃ³pez Obrador to replace David Madero SuÃ¡rez as the head of Cenagas. Her appointment has yet to be ratified by a presidential signature.

Monroy warned that in the eyes of LÃ³pez Obrador and his allies, CFE and Pemex “are not companies. They are pretty much an extension of the state in matters of electricity and hydrocarbons…” The new president and his allies may think “the regulators should be coordinating and in some cases enhancing or helping the state-owned utilities to pursue their objectives.”