Targa Resources Corp. plans to build a 275 MMcf/d natural gas processing plant in the Permian Basin, adding to a spate of projects in the prolific region aimed at meeting mounting demand — both domestically and globally. 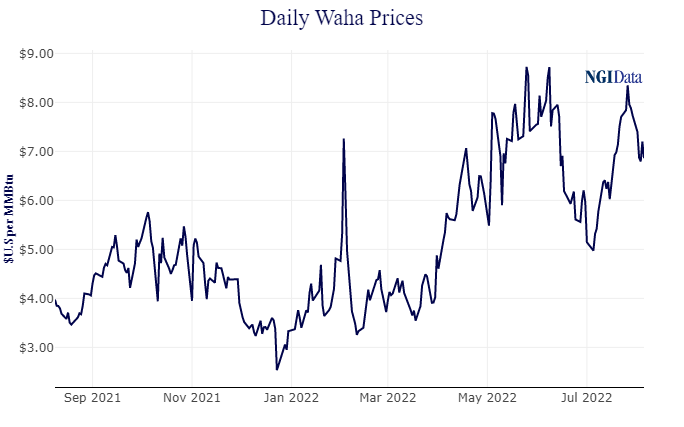 “Our performance this year has been strong, and we expect that to continue” with more capacity on the way, CEO Matthew Meloy said.

Plans call for the new Greenwood processing plant in the Midland portion of the Permian to begin operations late in the fourth quarter of 2023. It would follow four other plants Targa already is constructing in the Permian to service gas production.

The expansion efforts come as demand for natural gas in the United States proves strong amid increasingly hot, dry summers and frigid winters. At the same time, supplies of the heating and cooling fuel are precariously light globally, and robust demand for U.S. exports is widely expected to endure for the next several years as a result.

Meanwhile, Targa said construction continues on its 275  MMcf/d Legacy I and Legacy II plants in the Midland, as well as its 230 MMcf/d Red Hills VI plant and 275 MMcf/d Midway plant in the Permian’s Delaware sub-basin.

Targa expects to complete Legacy I ahead of schedule, with full operations slated by the end of September. The company originally targeted a fourth quarter start. Legacy II is scheduled to begin operations in the second quarter of next year.

Additionally, in July, Targa closed its $3.55 billion acquisition of Lucid Energy Delaware LLC. Lucid provides natural gas gathering, treating and processing services in the Delaware sub-basin. It operates 1,050 miles of natural gas pipelines and about 1.4 Bcf/d of cryogenic gas processing capacity in service or under construction, primarily in Eddy and Lea counties of New Mexico.

“We now have several million acres dedicated to us across the Permian Basin, providing decades of future activity that will result in increasing volumes moving across our integrated assets,” Meloy said.

Earlier this year, Targa agreed to buy Southcross Energy Operating LLC and its subsidiaries in Texas for $200 million. The Southcross deal followed Targa’s decision to sell its 25% equity stake in the Permian’s Gulf Coast Express Pipeline for $857 million.

Targa reported second quarter net income of $596 million ($1.64/share), up from $56 million (15 cents) a year earlier. The outsized gain reflected in large part a $435.9 million gain on the sale of an equity method investment.

The gain was also driven by higher realized commodity prices and higher Permian volumes across the gathering and processing operations. Targa said its second quarter Permian natural gas inlet volumes averaged a company-record 3.1 Bcf/d, up 13% from a year earlier.