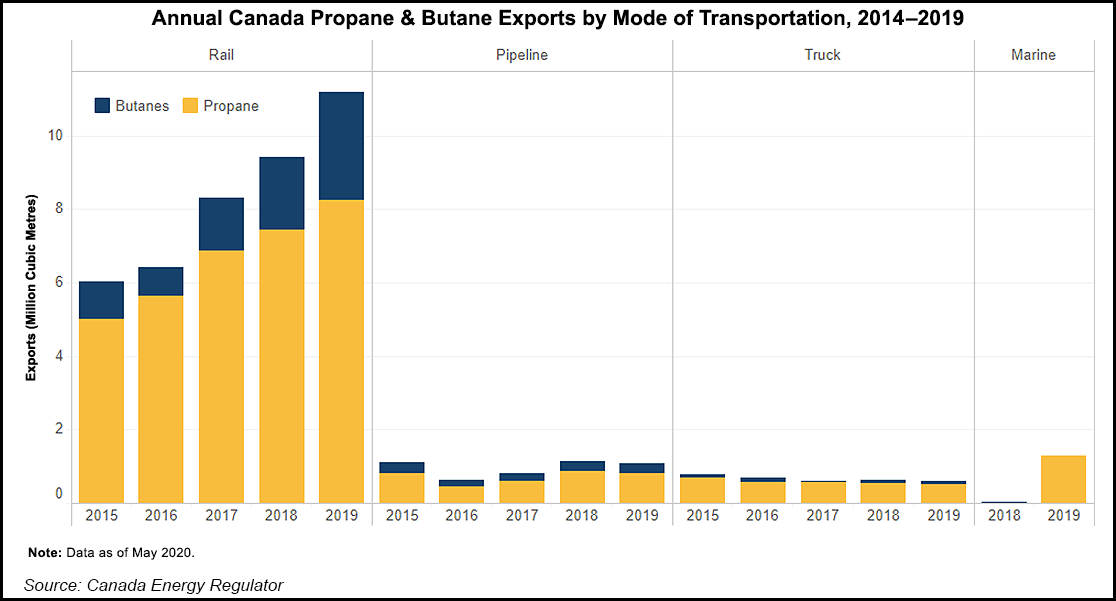 After a year of overseas sales growth, the pioneer of propane tanker loadings on the north Pacific coast of British Columbia (BC) has doubled the volume authorized for its international traffic in the natural gas byproduct.

AltaGas Ltd. has obtained a second 25-year export license for 40,000 b/d from the Canada Energy Regulator (CER). The Covid-19 pandemic did not stop full use — and more – of the Calgary firm’s first 40,000 b/d license.

RIPET opened in mid-2019 at a former coal dock site, with none of the fuss that fossil fuel foes raise against oil and gas pipeline projects and tanker traffic increases elsewhere in the province.

Propane travels by train to the north Pacific terminal. The Prince Rupert seaport routinely loads jumbo freighters with other bulk commodity exports delivered on rails from inland Canada such as grain.

The successful request for a second export license projected a winning combination of abundant propane supply from the liquids-rich Montney formation that straddles northern BC and Alberta, plus strong overseas demand.

Output of the byproduct is expected to grow as a result of liquefied natural gas (LNG) exports from BC projects currently under construction, including the Royal Dutch Shell plc-led LNG Canada terminal near Prince Rupert at Kitimat and the related Coastal GasLink supply pipeline from the Montney region.

On the demand side of the international propane market, AltaGas filings at the CER, prepared by consulting firm Goobie Tulk Inc. (GTI), predicted that “over the longer term, market fundamentals will prevail.”

Liquid byproducts of natural gas escaped the worst damage Covid-19 did to overseas LNG consumption and prices. Gas-liquids exports from the United States alone stayed in a range of 800,000-1 million b/d as the pandemic hit, according to the AltaGas filings.

The new CER license allows exports overland to the United States as well as by sea.

“The competitive advantage of west coast export facilities allows them to operate at high utilization rates even in difficult market conditions,” according to AltaGas and GTI.