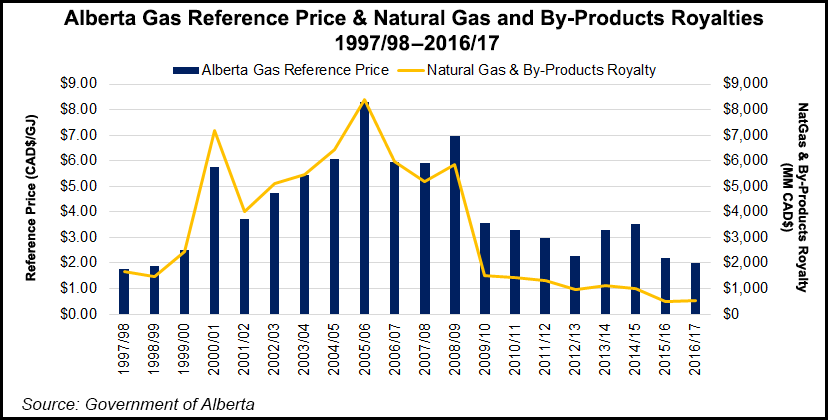 Natural gas royalties for the Alberta government will all but disappear this year as the Covid-19 pandemic finishes off their long decline as the bygone top source of revenue, Finance Minister Travis Toews predicted Thursday.

Toews posted a blunt description of the treasury’s plight in his quarterly budget report. “Covid-19 and oil price collapse crush province,” he said.

The government blamed falling liquid byproduct prices, which tracked the pandemic oil crash, for its latest gas revenue drop. The new royalty low is down by 79% from a depressed C$371 million ($278 million) in fiscal 2019-2020 from poor gas prices.

Alberta oil production “is estimated to have retreated by over 700,000 b/d between February and May, representing about a fifth of total production in the province.”

Full recovery is forecast to take more than a year.

“While it is expected to slowly ramp up in the near term as demand improves, production is forecast to average nearly 3.3 million b/d this year, about 260,000 b/d lower than in 2019. It is not expected to return to pre-pandemic levels until after 2021.”

The result of the royalty collapse, coupled with emergency spending on pandemic relief programs, is a “historic” record deficit of C$24.2 billion ($18 billion), said the Alberta finance department.