The Alberta government has won an epic court battle with its British Columbia (BC) counterpart over rights of oil- and natural gas-producing provinces to control pipeline flows. 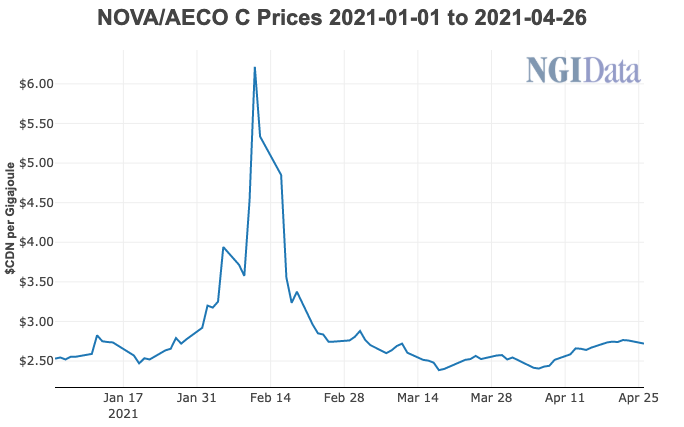 The Canadian Federal Court of Appeal dismissed a BC lawsuit against a 2018 Alberta bill nicknamed the “turn-off-the-taps act,” formally titled the Preserving Canada’s Economic Prosperity Act. BC was also directed to pay costs of the two-year case.

The ruling overturned an injunction by the Federal Court of Canada trial division that blocked Alberta from using its contested bill to prevent BC from opposing the 590,000 b/d Trans Mountain Pipeline expansion (TMX) of its oil pipeline.

The appeal verdict restored bargaining power bestowed on oil and gas-supplier provinces by a provision of the national constitution that gives them ownership and development control of their natural resources.

As Canada’s top fossil fuel supplier, Alberta has used the constitutional power, which only bars producer provinces from taking actions that discriminate against particular markets instead of affecting them all.

In the most dramatic case, Alberta cut production by 15% to drive changes to a 1980 National Energy Program (NEP) that froze oil prices far below global market value. Price increases were eventually negotiated with the federal government.

The decision on the BC dispute was unanimous, but for mixed reasons.

A two-judge majority of the appeal tribunal ruled the protest lawsuit was premature. The third judge focused on limiting rights of provincial governments to contest each other’s legislation.

In the absence of Alberta Ministerial action to “restrict supply to British Columbia and without regulations and an operational licensing scheme, it would be prudent for a court to refrain from assessing the constitutional validity of the Act,” said the court majority. “Put otherwise, the dispute as it currently stands remains more theoretical than real.”

The turn-off-the-taps bill verdict was the BC government’s second legal defeat in its TMX fight with Alberta. The BC Court of Appeals and Supreme Court of Canada earlier rejected a BC ban against oilsands shipments. The court said only the federal government had environmental power over pipeline traffic across provincial boundaries.

The federal government’s authority over TMX currently shows on a leg of the project in the Burnaby suburb of Vancouver, where it has ordered construction to halt until mid-August to avoid spoiling nesting season for west coast hummingbirds.