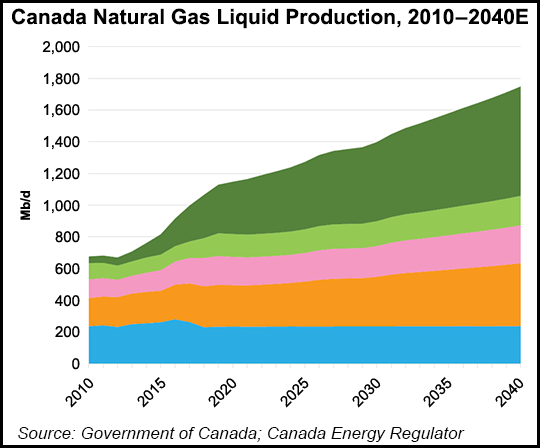 The Alberta government posted a reward Thursday for petrochemical manufacturers to build new plants that draw their raw materials from natural gas produced in the province.

The government predicted the petrochemical project reward would become a strong element of a C$10 billion ($7.5 billion) provincial treasury commitment to drive economic recovery from the Covid-19 virus pandemic.

Nally said, “With our affordable 300-year supply of natural gas, technically skilled and educated workforce, and respected innovation and research sectors, Alberta is ready to seize the opportunity to become a global destination for petrochemical manufacturing.”

All the petrochemical projects would use raw materials derived from production of liquids-rich shale gas deposits in the Montney and Duvernay geological formations that straddle Alberta and British Columbia.

The new grants enrich a previous government petrochemical aid scheme that was limited to awarding credits against provincial royalties to project sponsors, for them to give to gas producers in exchange for supply commitments.

The new petrochemical project reward will enable Alberta to catch an industrial wave stirred up by Covid-19, predicts the provincial government.

“The current global health crisis has highlighted the importance of petrochemical manufacturing around the world,” says the program announcement.