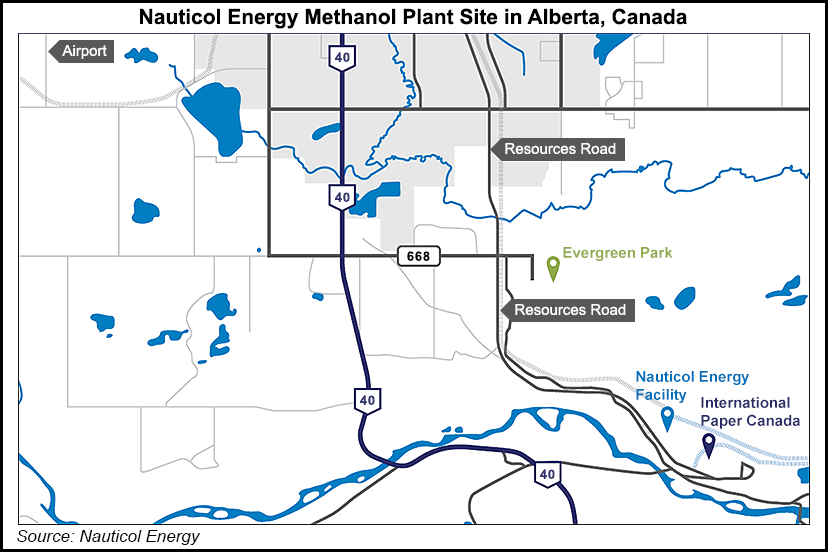 The package includes C$80 million ($60 million) in credits against provincial royalties, which are granted to gas-consumer projects for them to transfer to producers in exchange for supply arrangements.

Nauticol, a private Calgary firm led by industry and finance veterans, plans to use about 300 MMcf/d to make 3 million metric tons/year of methanol starting in 2022.

The plant site, in northwestern Alberta near Grande Prairie, is in a shale and tight gas region where horizontal drilling and hydraulic fracturing tap the Montney and Duvernay formations.

Alberta Premier Rachel Notley, announcing the success for the subsidy program, described the methanol project as a big contributor to “a stronger, more diversified energy sector.”

More announcements are expected as the province heads into a spring election campaign.