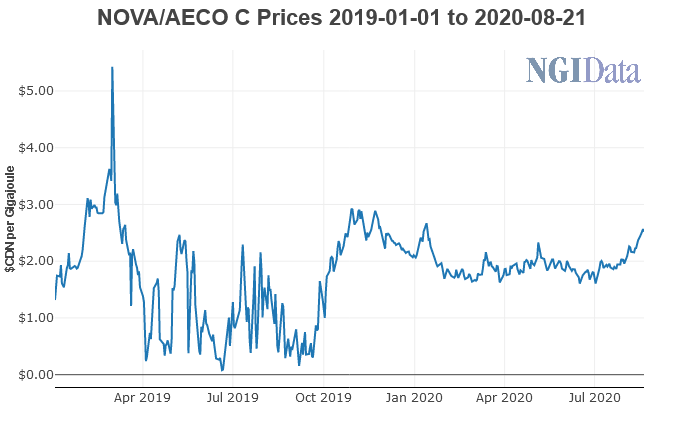 Canada’s top natural gas user, Alberta oilsands production, will increase even if the worst current projection of fossil fuel markets turns out to be true, according to a Calgary-based energy economics agency.

“There are early signs of improvement, but the recovery ahead is a long road filled with uncertainty,” said CERI researchers. “While some early shut-in production is coming back, it is still uncertain how much and how quickly it will come online.”

Average 2020 cuts off 2019 oilsands production of 3.1 million b/d remain unknown, CERI noted. The setbacks could range from 215,000 b/d to more than 1 million b/d depending on how economies evolve to the end of the year.

CERI rejected predictions by some analysts from companies that have exited oilsands projects who say the current investment freeze would be permanent.

“For oilsands opponents, sustained decline in investment provides a point of view that the industry is too costly to compete,” researchers said. “What this view ignores, however, is continuing capital and operating cost reductions captured by project operators through efficiency initiatives.

“Continuing efforts at reducing costs through technological improvements and other operational measures, while remaining conscious of the environment, should ensure a robust future.”

Oilsands carbon emissions, owed to natural gas-fired production heat processes and a reduction target of climate activists and government policies, rise in all of the CERI scenarios.

From a 2019 pre-pandemic level of about 70 million tons, CERI predicted annual oilsands greenhouse gas emissions to increase to 87.3-98.5 million tons by 2039.

CERI noted that the emissions forecasts do not yet take into account all of the emerging efficiency gains and substitutes for gas-fired oilsands processes. Another analysis later this year expects to examine gas use and environmental improvements.