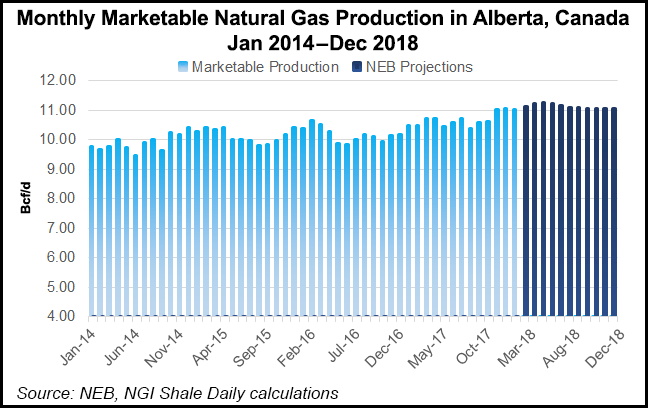 The underground extraction method pumped out 1.5 million b/d or 54% of the 2.8 million b/d Alberta oilsands total in 2017, reported CERI, an independent agency funded by industry, government and academic supporters.

In the CERI outlook the mines only grow modestly to 1. 6 million b/d. Output more than doubles from gas-fired in situ steam plants, reaching 3.7 million b/d or nearly three-quarters of the oilsands total.

At West Texas Intermediate prices of slightly more than US$66/bbl, when the supply cost study was compiled earlier this spring, “these projects are decidedly economic,” said CERI.

CERI estimated the current in situ supply cost for greenfield projects to be US$60.17/bbl, including allowances for Canadian carbon taxes and refiners’ product quality price discounts.

For brownfield additions to established operations, CERI calculated the benchmark is US$51.59/bbl. Further attractions of in situ projects include ability to develop additions in modest stages of 30,000 b/d or sometimes less, compared to the 100,000-b/d or greater output demanded by mining economics.

Gas consumption across the oilsands averages about 1,000 cf/bbl of production, with the mines using less and in situ operations burning more.

CERI predicted oilsands carbon emissions â€“ currently about 70 million tons per year, largely from burning gas â€“ could run into a provincial government-imposed cap of 100 million tons in 10-12 years. But the environmental policy limit would only stop growth if the industry scrapped evolving changes in production practices that are starting to come into use, said the institute.

Efficiency improvements, led at first by partial replacement of gas-fired steam with solvents, are expected to keep carbon emissions under control as in situ production increases. Carbon capture and storage systems are also starting up.

Delays inflicted on pipeline projects by environmental and aboriginal resistance before regulatory agencies and in the courts create a drag but not a barricade against production growth, added CERI.

The Western Canadian industry has a large as yet modestly traveled alternative path to markets while working through the legal and political maze, said the institute. “In the meantime, producers may use rail to move their products. The terminal outbound capacity in Alberta and Saskatchewan is approximately 750,000 b/d but only 20% is utilized.”

To foster compliance with environmental standards and ease popular resistance against industry, the Alberta government today announced a C$70 million ($56 million) contribution of carbon tax proceeds to shared-cost trials of emission reduction methods by an oilsands industry who’s who.

“Alberta’s energy sector is the most innovative in the world and has proven it can rise to any challenge,” said Provincial Energy Minister Margaret McCuaig-Boyd. “This is about growing production while reducing emissions and costs.”