Natural gas rose to the top of the Alberta government’s economic recovery agenda in a plan announced Tuesday to reverse supply/demand declines that set in well before the Covid-19 pandemic. 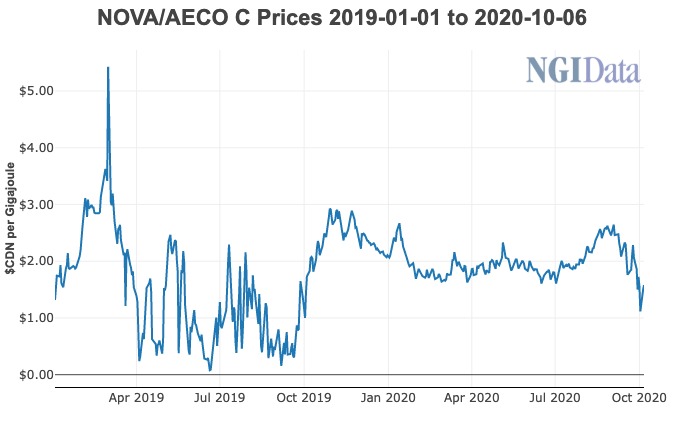 “For more than 100 years, natural gas has been the cornerstone of Alberta’s energy economy,” said a provincial policy paper titled “Getting Alberta Back to Work: Natural Gas Vision and Strategy.”

“We will meet growing global demands for clean and sustainable energy,” said Premier Jason Kenney, as “this is a key part of Alberta’s recovery plan.”

Action is due to begin later this fall, when the government has promised to start making awards from a grant program announced in July for petrochemical projects that use Alberta gas and liquid byproducts as raw materials.

As a vision statement, the Alberta gas policy recites goals such as “access to Asian and European markets through two to three additional mega-LNG projects by 2030.” No new programs or candidates for government aid are identified.

Several LNG projects have been proposed in Canada, but only a few have gained traction, including the Royal Dutch Shell plc-led LNG Canada project that is under construction in British Columbia (BC).

Official “key growth areas” include extracting hydrogen from natural gas for industrial and household use. Greenhouse gas emissions caused by the process would be kept out of the atmosphere by evolving carbon capture and storage systems.

The policy paper acknowledges the government has taken on a tall order to restore the Alberta gas industry to its previous stature, before unconventional production using horizontal drilling and hydraulic fracturing glutted North American markets.

In the unconventional supply era, the Alberta provincial treasury’s annual gas and byproducts royalties have fallen by 95% to less than C$400 million ($300 million), from C$8.4 billion ($6.3 billion) in the 2005-06 government fiscal year.

Over the same period, Alberta production dropped by 21% to 11.1 Bcf/d, from 14.1 Bcf/d. Total Canadian supply only stayed up near 16 Bcf/d because rival output from the liquids-rich BC share of Montney Shale gas grew.

“A lack of pipeline access, construction delays for additional capacity and increased competition from the United States have forced Alberta natural gas producers to lose market share and sell their product at a discount,” the policy paper noted.

“Alberta’s 300-year supply of affordable natural gas,” Nally said, “provides a significant opportunity to attract investment and job creators back to the province, building back our economy stronger than ever,” he said.

With forecasts hinting at the potential for colder temperatures to move into the United States around the middle of December, natural gas futures rebounded in early trading Monday. After tumbling 11.8 cents in Black Friday trading, the January Nymex contract was up 8.3 cents to $2.926/MMBtu at around 8:45 a.m. ET. Weather models have been…