An oil production tax break for Alaska producers that was adopted last year withstood an attempt by opponents to overturn it at the polls, with voters narrowly favoring keeping Senate Bill 21 (SB 21) provisions in place. 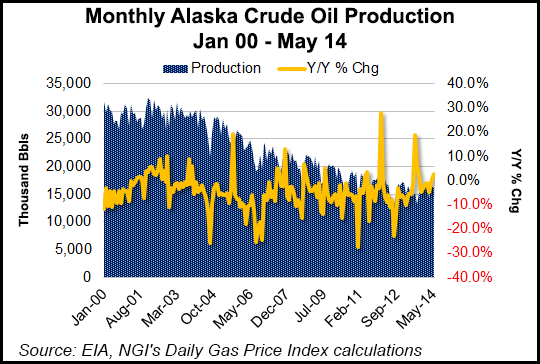 Voted down Wednesday was a measure that would have done away with the More Alaska Production Act, which was backed by Gov. Sean Parnell, and replaced its provisions with the previous progressive oil tax regime that was installed under former Gov. Sarah Palin. The vote to preserve the SB 21 oil tax regime was 52-48%, based on preliminary figures.

On Wednesday, when it appeared that SB 21 would stand, Parnell said at a press conference that “…it’s now time for companies to put their money where their mouth is, move those billions of dollars into work for Alaskans…” as reported by the Alaska Dispatch.

“Our current economic policies navigated us safely through the Great Recession. With these policies in hand, the ‘Great Alaska Comeback’ is under way,” Parnell said in a state of the state speech earlier this year. “Last year, we passed the More Alaska Production Act, and now, new oil investment dollars, new jobs, and better opportunities are flowing into the state. Alaskans are better off under the new tax regime. The people’s treasury takes in more revenue at lower oil prices than under the old tax regime.”

Last year the state legislature passed SB 21 (see Daily GPI, April 16, 2013). Among the goals of the measure was refilling the Trans Alaska Pipeline System. However, detractors of the bill said it would cost the state budget dearly. One analysis said the plan could cost the state up to $4.7 billion through 2019.

Parnell proposed the legislation and praised its passage. “Alaska’s below-ground resources are world class,” he said after SB 21’s adoption. “Above-ground, we have now set the stage for a future of growth and opportunity for Alaskans. We are signaling to the world that Alaska is back, ready to compete, and ready to supply more energy once again.”