When it comes to commercializing North Slope natural gas, Alaska lawmakers want the state’s governor to stick with Plan A and not muddy the waters by promoting an alternative project. 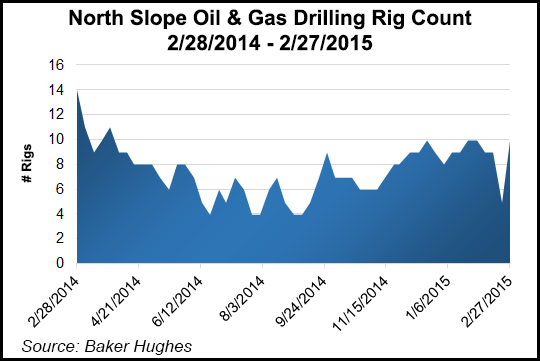 On Monday,state House lawmakers introduced a bill that would thwart Gov. Bill Walker’s efforts to elevate the status of a potential smaller North Slope pipeline project to compete with a much larger pipeline and liquefied natural gas (LNG) export project.

Last month, Walker, an Independent, floated the idea of up-sizing plans for the in-state pipeline, which is seen as the fallback alternative to the much larger Alaska LNG project backed by TransCanada Corp., the state’s oil/gas producers and the state itself.

Walker said in a newspaper editorial that the in-state Alaska Stand Alone Pipeline (ASAP) as currently conceived is too small to succeed, but it could be fashioned into a larger project that would include exports. He said this could be attractive as the future of the larger Alaska LNG project is in doubt.

“[M]y intention is that ASAP be market-driven, with Alaska in control,” he wrote. “Using existing funding, the project will explore market opportunities and financing arrangements with potential buyers of Alaska’s gas and will be designed for both in-state and export markets. Working with the buyers, the project will develop a financing plan anchored with long-term contracts for purchase of Alaska gas [see Daily GPI, Feb. 20].”

In the editorial the governor said the state is still committed to the larger Alaska LNG project. However, his elevation and apparent promotion of the smaller project raised hackles.

The bill (HB 132) introduced Monday and referred to the House Resources, and Labor and Commerce committees contains language that says the Alaska Gasline Development Corp. (AGDC) “…may not…develop an in-state natural gas pipeline through which over 50% of gas is intended to be exported as gas or liquefied natural gas…” before one of the parties to the larger project drops out or before the Alaska LNG project parties enter a front-end engineering and design study. The bill was introduced by House Republicans Speaker Mike Chenault, Charisse Millett, Craig Johnson and Democrat Bob Herron, who caucuses with Republicans.

The Alaska LNG project has its roots in the administration of former Republican Gov. Sarah Palin and the Alaska Gasline Inducement Act, which envisioned a pipeline that would move gas to Canada for transit to markets in the Lower 48 states. The U.S. shale revolution and consequent increase in gas production scotched that plan, so the state and producers ExxonMobil Corp., BP plc and ConocoPhillips, along with AGDC are pursuing the Alaska LNG project (see Daily GPI, Feb. 11).

An ExxonMobil spokesman told NGI, “Now that the governor has announced that the state of Alaska is sponsoring a project in direct competition with the Alaska LNG Project, we are assessing the impact on our forward plans.”

Like the larger LNG project, ASAP has been in the works for years (see Daily GPI, Aug. 2, 2011). However, it is questionable whether the state can afford to pursue the original ASAP project — let alone an expanded version, as Walker suggests. Last December, because of state budget constraints brought about by low oil prices, Walker ordered a halt to discretionary spending on ASAP as well as some other state projects (see Daily GPI, Dec. 29, 2014).