After securing pledges of commitment to the Alaska LNG project from North Slope producers BP plc and ConocoPhillips, Gov. Bill Walker has dropped his plan to introduce legislation to create a reserves tax during a special session of the state legislature now in progress.

Walker called written commitments from the companies to provide natural gas to the Alaska LNG project a “breakthrough.” The governor had threatened to introduce a bill proposing a property tax on gas leases within the Prudhoe Bay and Point Thomson units. A gas commitment to an Alaska gas project will endure should either producer withdraw from the current AKLNG Project or the AKLNG Project fails to move ahead, the governor’s office said late Friday.

“It is important that Alaska act like the owner state it is,” Walker said, echoing comments he made to NGI and others earlier this year (see Daily GPI, July 10). “The reserves tax proposal is appropriate leverage for Alaska in response to a situation where known, producible gas could be withheld from a state project because it does not meet the commercial strategy of a particular producer.”

In its letter to the governor, BP said, in part, “…in the unfortunate event that the Alaska LNG Project does not progress, or BP does not participate in this project, BP has and continues to be willing to commit its Prudhoe Bay and Point Thomson natural gas to the Alaska LNG Project…” ConocoPhillips expressed a similar commitment in its letter to the governor.

Having the Prudhoe Bay and Point Thomson gas commitment will significantly enhance the ability to finance and build an Alaska liquefied natural gas project, the governor said. Producer ExxonMobil Corp. has yet to provide the governor a similar assurance, his office said. Both letters were dated last Friday.

“I look forward to achieving the completion of the commercial agreements that will underpin the state’s fiscal commitments,” Walker said. “Based on a call I received today [Friday] from ExxonMobil, I am hopeful they will join ConocoPhillips and BP with a similar commitment.”

An official with ExxonMobil in Alaska was not immediately available to comment.

Additionally, the state, ConocoPhillips and BP have agreed to complete the project continuity and gas sale terms by early December. “The continuity agreement will contain specific dates for the completion of the various commercial agreements that will enable this project to move forward,” Walker said. 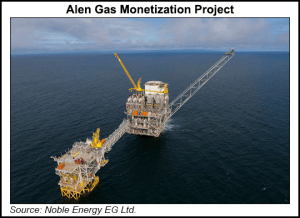