SM Energy Co. said it has indefinitely postponed plans to sell its assets in Divide County, ND, after receiving bids that were lower than the company’s expectations. 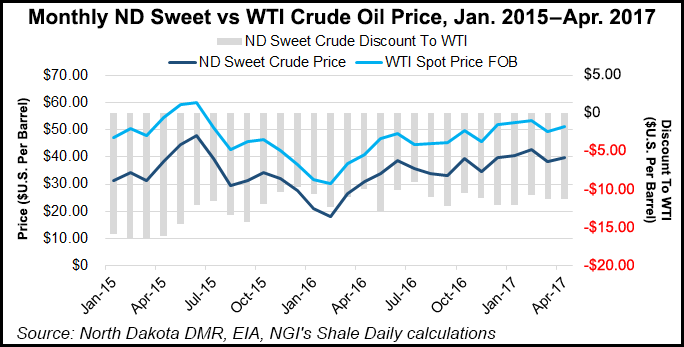 In a statement Tuesday, the Denver-based company said it would retain the 123,570 net acres it has been trying to sell since January, and would revise its 2017 production guidance and three-year plan metrics accordingly.

“We have successfully pre-funded the expected outspend for our capital program for 2017 and 2018 with the completed sale of our third party-operated Eagle Ford assets, and we do not need to sell our Divide County assets,” said CEO Jay Ottoson. “We have concluded that current market uncertainty around forward oil prices is not conducive to realizing a sales price that meets our deleveraging objective.

“We remain committed to our long-term financial strategy, which is best served by retaining the cash flow generated by the Divide County assets and supported by a solid balance sheet, significant liquidity and continuing hedging strategy.”

Ottoson said that as a result of SM Energy retaining its Divide County assets, the company would add 1.3 million boe to its full-year production guidance for 2017. He said the move would be “applied to the second half of the year, thereby increasing projected cash flow and reducing projected outspend.”

“While the failure to execute on the Divide County sale is disappointing, SM’s balance sheet remains in good shape with ample liquidity to execute on its three-year plan,” Gabriele Sorbara, an analyst with Williams Capital Group LP, said in a note to clients on Tuesday.

Earlier this month, as part of its reporting for 1Q2017, SM Energy raised its full-year production guidance by 1.5 million boe — to a range of 41.5-44.5 million boe — as a result of higher realized production in the first quarter. But that range also reflected the expected sale of its Divide County assets, which the company had planned on closing in the second quarter.

Last March, SM Energy closed on the $800 million gross sale of its non-operated assets in the Eagle Ford Shale, including an ownership interest in associated midstream infrastructure, to a unit of Venado Oil and Gas LLC, which is an affiliate of KKR. During the 1Q2017 earnings call, CFO Wade Pursell said the company used $747 million in proceeds from the sale to help reduce its net debt by 22% and establish $1.6 billion in liquidity at the end of the quarter.

The company has said it wants to sell the Divide County assets in order to focus on the Permian Basin’s Midland sub-basin and the Eagle Ford.

SM Energy reported that it had an inventory of 20 gross (17 net) drilled but uncompleted (DUC) wells in Divide County at the end of the first quarter. By comparison, the company had 35 gross (35 net) DUC wells in the Eagle Ford and 20 gross (20 net) in the Permian.