The Obama administration fully supports a cumulative study of the effects of natural gas drilling in the Marcellus Shale, but it also supports the Delaware River Basin Commission’s (DRBC) decision to release proposed rules that would allow some natural gas development projects before that study is completed, according to a letter written by Brigadier Gen. Peter A. DeLuca.

“The administration’s position is to continue fully supporting the need for a cumulative impact study,” DeLuca wrote Rep. Maurice Hinchey (D-NY) in a letter dated Nov. 24 and released Tuesday. DeLuca is the federal representative on the DRBC and division engineer for the North Atlantic Division of the U.S. Army Corps of Engineers.

At the same time, federal agencies represented at a DRBC-held summit in October “support the DRBC’s decision to develop and release draft natural gas regulations. The administration views the development and release of these regulations as complementary to the completion of an impact study,” DeLuca wrote in the letter, which was drafted prior to the release last week of DRBC’s proposed rules.

The DRBC regulations “would be important in preserving the environmental conditions of the Delaware River, as they could constructively aid in determining the extent of natural gas in the area, which would help frame the scope of the proposed cumulative impact study by allowing for fewer assumptions and more facts,” DeLuca said.

In September Hinchey called on the DRBC to complete an impact study of gas drilling activities in the Delaware basin prior to issuing final regulations or permitting individual drilling projects in the region (see Daily GPI, Sept. 24). The Obama administration rejected that bid to put a temporary hold on drilling and exploratory activities in the basin.

A House Appropriations subcommittee has approved $1 million for a U.S. Geological Survey-DRBC cumulative impact study on water withdrawals for gas drilling within the basin. Hinchey, who has pushed for legislation to ban hydraulic fracturing, has said he is hopeful funding would be available in fiscal year 2011 for the study.

The Delaware basin underlies about 36% of the Marcellus Shale formation. 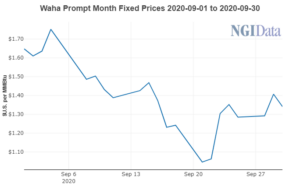